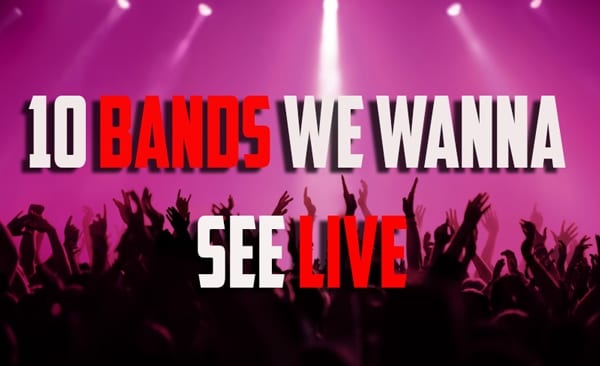 Sometime we said that we really wanted to watch AC/DC in Greece, because they’never been here. The dream became reality and the same happened with other bands like Aerosmith, Bon Jovi and a lot more bands that satisfied their fans by paying a visit in our country. However, the thirst rock’n’roll create can never be really quenched. Therefore, Rockpages.gr picks out 10 bands that would love to see play a show in Greece… promoters this is for you!

Unfortunately, we will never get the opportunity to see live one of the most charismatic frontmen of all time, Layne Staley. But, and you can trust me on this, today’s Alice in Chains offers an amazing live experience as well. The band is coming off two great records in a row, has a third one underway, and has a song catalogue that could fill three different sets with amazing songs. On stage they keep it simple, letting the music do the talking, while Jerry Cantrell’s leading personality shines through. Bring them over in Greece!
Romanos Terzis 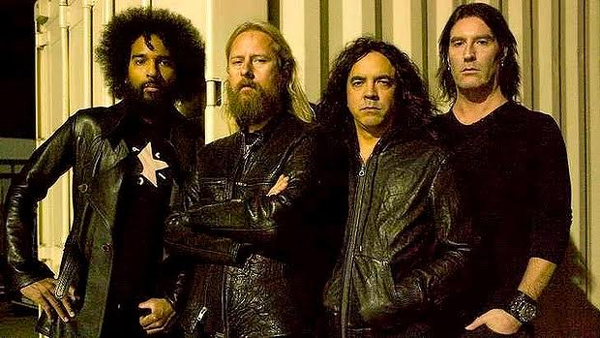 A band from Canada that plays alternative rock and more. The band uses often instruments that are not usual in rock bands resulting to something unique and special. When they are on tour, except from the basic instruments, like guitar, bass and drums the band members swap between them from playing violin to harp, accordion, French horns, even mandolin creating something amazing. For me it doesn’t really matter that they haven’t received any awards. What excites me is the uniqueness of their compositions and their amazing on stage performance.
In a period of mourning and loss they released one of the best albums in the ‘00s. It was a record filled with passion and atmosphere, titled “Funeral” (2004). It got raving reviews and topped several “best of the year” lists and later those of the decade. Supporting U2 followed and more praise by the media. When the legendary David Bowie gives you the thumbs up, well you must do something right. Their upwards course is unstoppable and I think that a show in Greece would be awesome.
Dio Pap 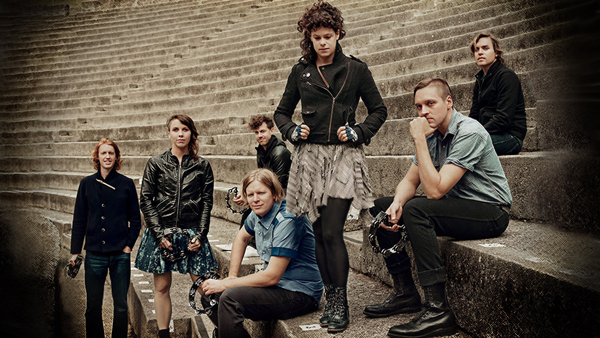 Blood Ceremony are pioneers of the revival of doom-psychedelic scene of the 70’s and of the (b-movie) occult aesthetics that dominated at the time. They introduced themselves in 2006 in Toronto, Canada, and the central core of the group consists of Alia O’Brien (vocals, keyboards, flute) and Sean Kennedy (guitar). Having already released four albums, they have not stopped to surprise and excite, based on the theme of Magic (witches, demons, sacrifices …) and their doom music. From the primitive Sabbath meets Jethro Tull self titled debut, they moved into more progressive paths with very significant songs, to get to the great “Lord of Misrule” of 2016, in which they incorporated many 60’s elements as well. A live in Greece would mean a “blood ritual” of a band at its artistic climax! 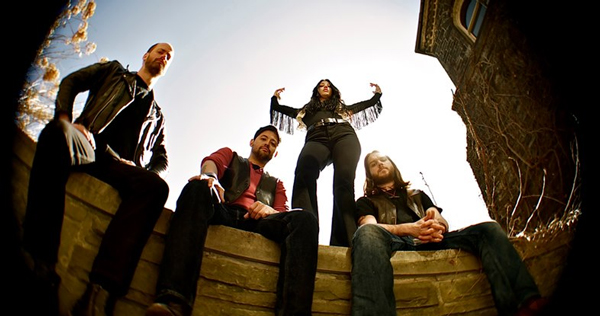 Ιt was 2010 when an amazing concert line-up was announced in Athens, Greece. We would be honored to witness live for the first time, the Swedish Hardcore Superstar ,sharing the stage with two huge hair metal bands, Bonfire and Firehouse. Unfortunately the announcement changed and the next one was about the cancellation of the Swedish hard rockers due to change of the date. Sadly there was no other gig scheduled for them and they were replaced by Pretty Maids. Although I saw them twice in Milan since then, I’ve never stopped hoping for the day that I will finally see them live in Greece. It’s an explosive show that every Greek fan should witness at least once! 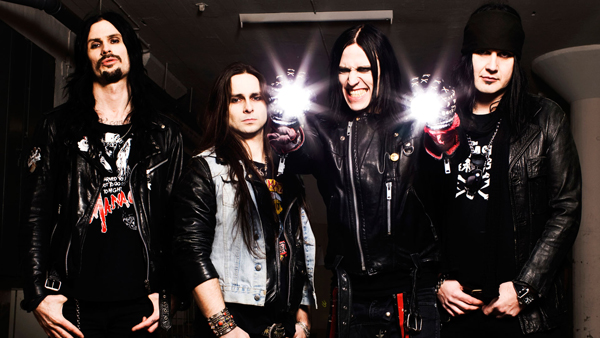 The truth is that we are lucky enough. We have seen many foreign bands, with some of them being a distant dream. But a desire remains and it’s called Insomnium. The Finnish melodic death metal gods were announced for the fall of 2015, but unfortunately this show was cancelled. A band that has never released something below average, has seven full-length albums. Their latest one, “Winter’s Gate”, was praised by fans and media. I hope that the time that I will listen live to hymns from “Since The Day It All Came Down” and “Across The Dark” will come soon. 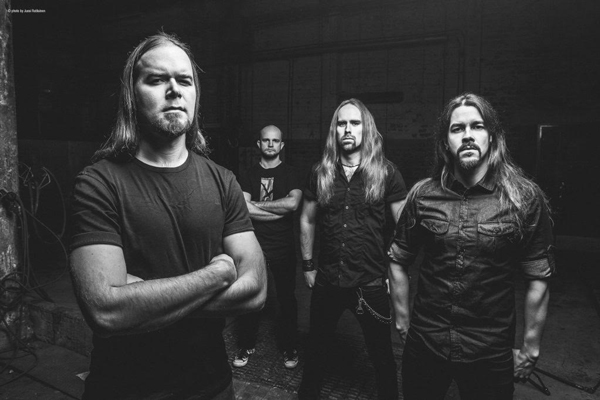 Let’s not fool ourselves. If the cumulative preference of our country towards metal was a subatomic particle, then it would be an electron, since it constantly spins away from the core. Therefore, the low frequency of the presence of metalcore bands in Greece, should make for no surprise. Nevertheless, Hatebreed were totally capable of making us go nuts in 2012, and it is proven (live in 2013) that Parkway Drive can easily act in a same way in 23/04.These considered, it wouldn’t be unsafe to assume that Killswitch Engage would offer us an experience of the same magnitude, since the latter, not only carry 7 -at the very least- notable albums in their arsenal, but are also known for their fiery live performances. Hence, I am more than convinced that whoever in the Greek show industry, would dare to “invest” in a Killswitch Engage gig, will not only be handsomely rewarded for his/her decision, but will also enjoy the gratitude of a small, but loyal pack of fans, who will actively contribute to the orchestration of a memorable concert. 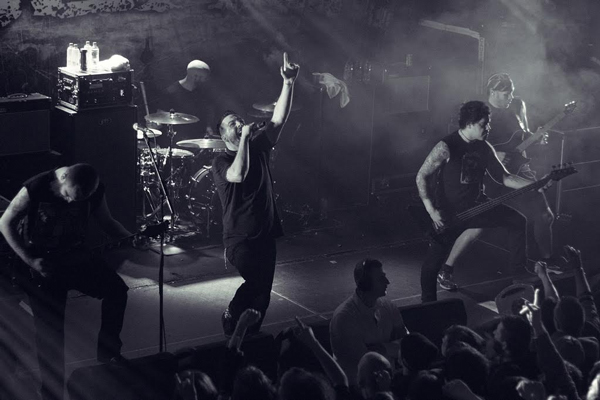 A band established in 1972 in Birmingham, the birthplace of Black Sabbath and Judas Priest. With 19 studio albums under its belt through major record labels. Constantly touring the globe and comprised by top class musicians with participations in numerous other bands, projects and albums. And still no promoter ever tried to realize a Magnum gig in Greece… At least that was what Mark Stanway confided after a sold out show in O2 Islington. My repressed desire to witness a Magnum show was fulfilled during that particular night but the question remains as years go by and the band is getting closer to the end. Will Magnum ever visit Greece? 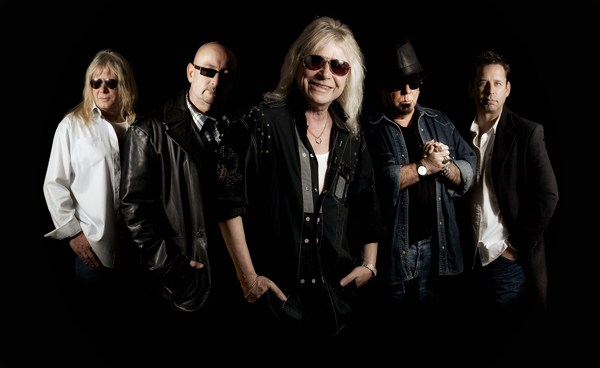 There are only a handful of bands out there that have managed to sell millions of records in the 00s while at the same time establishing their own musical identity which makes them absolutely recognizable even upon the sheer listening of a single note of one of their songs! Nickelback has done it all in the last 20 or so odd years but their main power stems from the stage! Those who have witness a Nickelback show know exactly what I am talking about. Sharp riffs that owe a lot to the Metallica tradition of the 90s, brilliant choruses, impressive stage shows and a charismatic frontman (Chad Kroeger) who blows your mind with his overall presence and energy. For me personally, Nickelback is my #1 choice for a live show in Greece although I am perfectly aware of the fact that this won’t happen anytime soon or…ever! 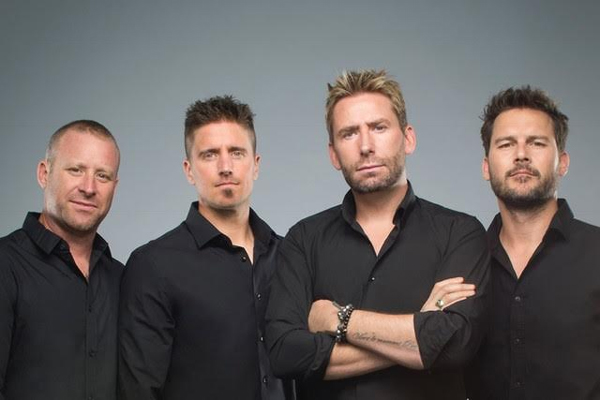 With their upcoming release “Lower The Bar” it would be amazing to see  live these genuine descendants of hair metal bands of the 80s, Steel Panther. I was lucky to check them out live in the US back in 2011. Despite the fact they didn’t play many original songs but many covers, there were calling many girls on stage to show their “charms”. I vote and I wish to experience once again a headlining show from this great band: Steel Panther. 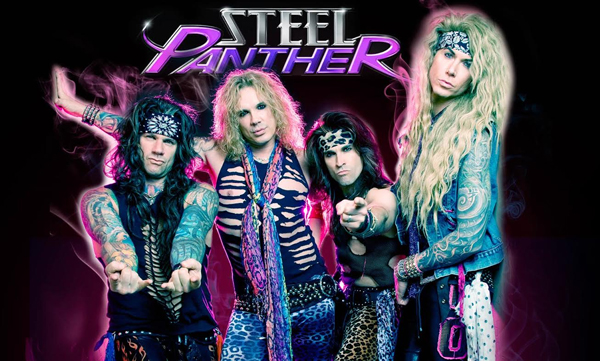 Metallica loves them. Caggiano left Anthrax to join them. They are very popular all over the world and play big shows and huge festivals around the globe. In an ideal world Volbeat could play in Greece and a lot of people would have liked them even if they haven’t heard of them before, combining punk, country, old school rock’n’roll and heavy metal in their own unique way. Until now they haven’t released a weak album, on the contrary every release is better than the previous one! Talking about their stage performance these guys have tons of energy and seems made to play live – judging of course from what we see on YouTube… so far! 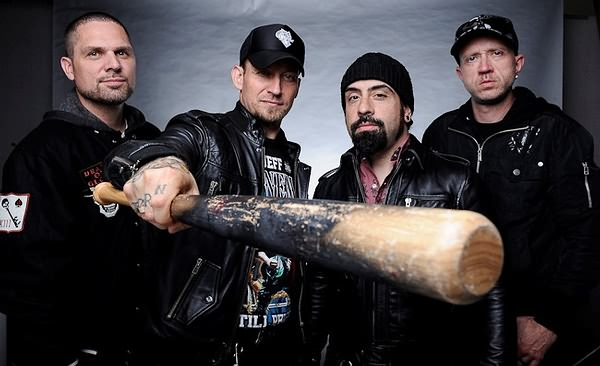