Pain of Salvation’s upcoming visit in our country, together with top-tier Greek prog bands Need and Mother of Millions, became the impetus for a general revision of the Swedes’ discography.

A discography with more than one important record, but with ‘The Perfect Element, Part I’ and ‘Remedy Lane’ usually on top of the list and mentioned more often. We will take one more step back, not just because of the twentieth-year anniversary thing, but also inspired by the latest Pain of Salvation setlists. You see, ‘One Hour by the Concrete Lake’ has the second larger representation, following of course ‘In the Passing Light of Day’ which is being promoted during this tour. It is an unexpected statistic, since the band’s leader, Daniel Gildenlöw, has said this is his least favorite album of his career, when asked to rank them.

The album came out on July 1998 in Japan, one month after ‘Alternative 4’ by Anathema and a week after Bruce Dickinson’s ‘The Chemical Wedding’. However, its release in other parts of the globe didn’t happen until later, early ’99 to be exact. 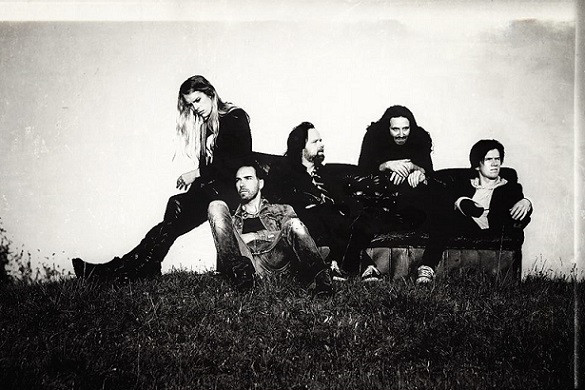 Musically, it has an uncharacteristically heavy guitar tone, while Gildenlöw, still struggling to find his own identity, follows some more traditional vocal lines and song arrangements. Lyrically, the concepts in Pain of Salvation records are always interesting and this one is no exception: The protagonist, like another Tony Stark, is working in weapons manufacturing and gradually goes through a moral and environmental awakening, contemplating subjects such as nuclear power and its consequences.

At the upcoming show, we will probably get to see/listen to (spoiler alert) the sharp riffs in ‘Handful of Nothing’, the melodies in ‘Pilgrim’ and all-around great track ‘Inside Out’, the duration of which extends beyond the song’s actual ending, in order to reach magic number 60:00 and complete this one hour, by the concrete lake…