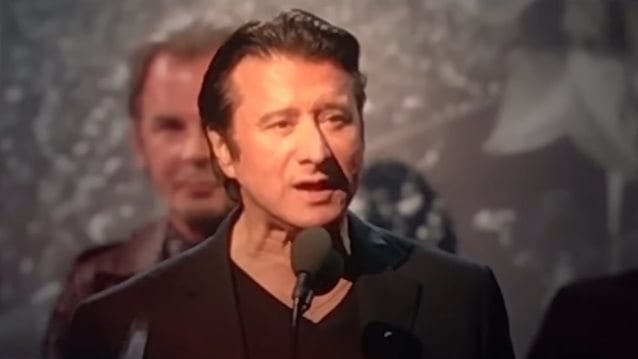 Former JOURNEY singer Steve Perry has told ABC Radio that a personal tragedy has inspired his next solo album, which he plans to release later this year. Perry explained: “I met someone and I feel in love with this person. And I lost this person to breast cancer four years ago. In the midst of that, I had written some songs, and before I met her, I had sketched some. And so about a year ago, I started recording.”
He continued: “Basically the record is an emotional expression, and a reason to make one. It’s been a real cathartic experience going back to that emotional place that I thought I would never go back to. And we really have been doing our very best to capture what I think are some timeless songs.”