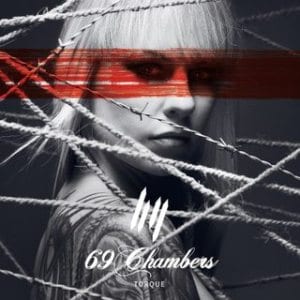 Ι would like to remind you that during the debut album review by the Swiss, “War On The Inside”, in 2009, I was speaking about a band that is here to bring something special to the genre.
With “Torque”, 69 Chambers are doing another step forward, getting their reward for what they’ve achieved, before even getting this project in to the dangerous hands of the Press; the have already singed with Massacre Records. “Torque” is equally interesting, comparing it with its predecessor. It’s even better, in terms of compositions. The sound has been enhanced with more industrial elements, however segments of what we are used to listen in female fronted metal bands (symphonic metal mostly), are also interfering.
We must also point out the extremely refined production of the album as well as its diversity (concerning the band music evolution), comparing with the previous album.
It’s worth investing on the album and supporting a band that is really trying to offer something different than what we usually see and, unfortunately, listen to.