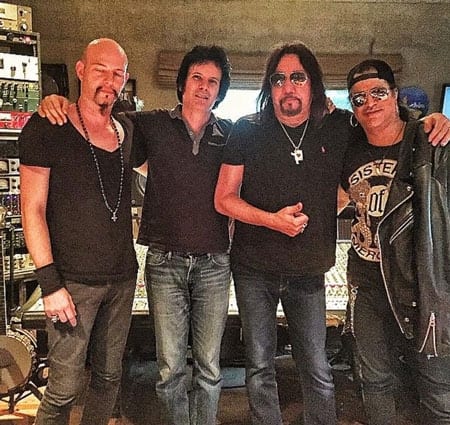 covers solo album, which is out later this year through SPV. The information leaked from Slash’s Twitter, who posted a photo and wrote: “Had a really fun, live session with @Ace_Frehley last night jamming on a #ThinLizzy tune for his new covers album. Good times!” Still, there is no information about which song they played, or what songs the album will include, although rumor has it that “Cold Gin” and “Parasite” will be included. Also, other sources mentioned that Lita Ford will play on the album, while Ace himself revealed that he was thinking to ask Gene Simmons to play bass on the album. “I think he’d consider it,” Ace told Billboard.com. “I don’t know if he’d do it. Maybe Paul  won’t let him. Who knows?”