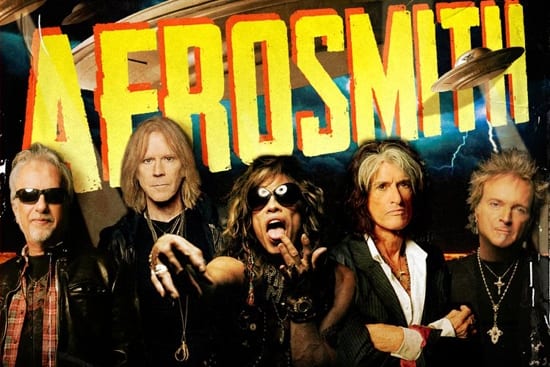 Aerosmith have postponed their plans for a fall 2017 American tour to work on some new music.
The band has spent most of the past five months talking about its Aero-Vederci Baby! tour, which may or may not be the group’s last. But now, plans to bring that tour to North America have been tabled so they can work on a new album, according to a new interview with guitarist Joe Perry.