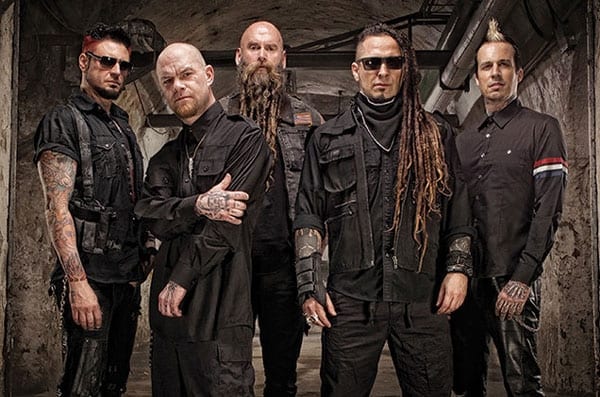 In a recent interview on radio station WRIF on Meltdown show Five Finger Death Punch’s guitarist, Jason Hook, revealed that the band’s new album is ready, but it’s up to their record company to release it. “We finished a record… Some people may or may not know, but we got into a legal tangle with our label. So we submitted this record in December 2016. It’s finished. They have it, and they’re trying to decide what they wanna do with it, which is a drag. But we do have a finished record” Hook comments. As for the new album he says: “sixteen new songs. Some of the stuff will be right in line with what people want and expect from the band, and then some of it, again, we took some chances, tried to branch out a little bit to see if it would work, and some of that stuff wound up on the record”.