If you liked the last two Alice in Chains albums as much as I did, then you understand the need to see them live. Since that goal is hard to achieve in Greece, especially nowadays, my wish finally came true in Manchester.

At first, it was Joey Jordison’s new band, Scar the Martyr, who were supposed to open the show but they dropped out, so we got Walking Papers instead. The name might not say much, but it happens to be a project including tall, famous, ‘coolness epitomized’ bass player Duff McKagan and drummer Barrett Martin (Screaming Trees, Mad Season). A proper Seattle reunion! The lineup is completed with frontman Jeff Angell and Benjamin Anderson on keys. Unfortunately the bios are impressive but the music is not; mediocre songwriting and Angell obviously tries too hard
Setlist: Red Envelopes, Climber, Capital T, Two Tickets and a Room, In the Park, King Hooker, Red and White

The crowd in Manchester Academy kept growing and various …Satan followers were spotted walking among us. The reason of course was Ghost. The sight of the Swedish band entering the stage, Papa Emeritus in particular, is quite the experience, sound wise though I was not impressed. The guitars and vocals weren’t as loud as they should be. We heard an equal amount of songs from both ‘Opus Eponymous’ and latest effort ‘Infestissumam’. ‘Year Zero’ was probably the highlight of their performance.
Setlist: Infestissumam, Per AsperaadInferi, Con Clavi Con Dio, Stand by Him, Prime Mover, If You Have Ghosts (Rocky Erickson cover), Year Zero, Ritual, Monstrance Clock 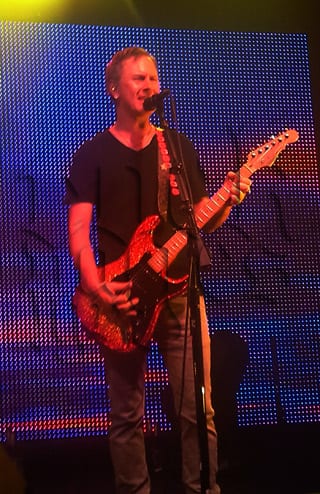 It was 21:15 when the lights came out and living legends Cantrell, Kinney, Inez and DuVall began to play ‘Again’. In the next hundred minutes we experienced great song after great song, perfectly executed from a top league band. Alice in Chains honored all their records and performed without any unnecessary elements, as far as the playing and stage presence goes. They let the music do the talking and the people sing the lyrics. The way Cantrell and DuVall complement each other on guitars and vocals is astonishing while Kinney and Inez construct the basis of the immediately recognizable sound of the band. So, whatdidwehear? Let’s see: Tried and true stuff ‘ThemBones’, ‘ManintheBox’, ‘Would?’, recent era songs ‘Hollow’, ‘Stone’, ‘LastofmyKind’, and quite a few surprises, such as ‘Got me Wrong’ and ‘Sludge Factory’ (!). ‘Nutshell’ was amazing as well as the dream finale with ‘Down in a Hole’, ‘ItAin’t Like That’ and of course, ‘Rooster’. Still, adozenclassicsongs were missing; what a catalogue to choose from.
In a few words: Unbelievable show by a band that’s in her prime (again!).

P.S.: Every now and then I looked over at Sean Kinney’s drumkit and the initials LS MS…

Setlist: Again, Check my Brain, Them Bones, Hollow, Voices, Man in the Box, Last of My Kind, We Die Young, Grind, Got Me Wrong, Stone, Sludge Factory, Nutshell, Would?
Encore: Down in a Hole, It Ain’t Like That, Rooster 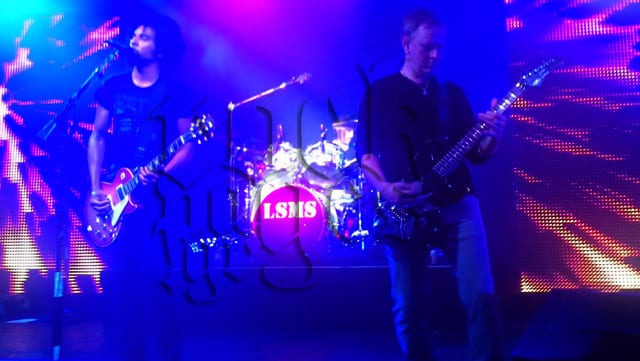