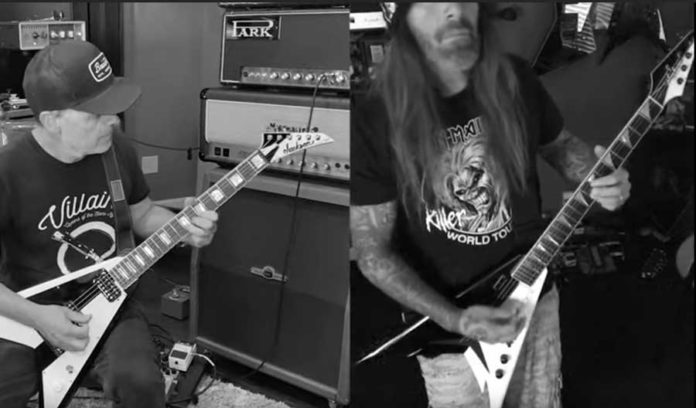 Phil Demmel teamed up with some friends to jam on Michael Schenker’s Group “Assault Attack”.

“I knew I had wanted to jam on a tune with Johnny but I hadn’t came across which one. I knew he was a huge Cozy Powell fan and we both love Schenker so I proposed the instrumental MSG tune ‘Into The Arena’. He had done something similar to that tune previously with his brother Mike and suggested the banger track ‘Assault Attack’, off a record featuring vocalist Graham Bonnet and a friend of John’s, Ted McKenna (who had tragically passed away a few years back). He then (kinda) joked about asking Graham to sing on it then reached out to him and made it happen! Marta nailed the keys and vocal harmonies and our good friend and incredible bassist Joey Vera from the legendary Armored Saint not only laid down the bass tracks, but also provided the mix for this. Mike and I both played our Schenker tribute guitars.”