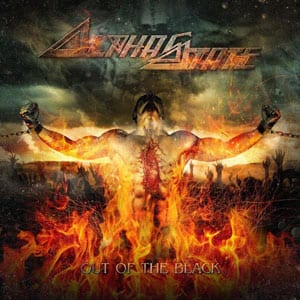 Alphastate (one word please) is a relatively new Greek band having existed since 2014, based in Athens and  “Out Of The Black” is their first record attempt. Full of curiosity I listened to this album and the reason is that it’s been a long time ago that Greek bands and heavy metal albums were much more amateurs and had a bad production. In all of the above should be included that austerity in Greece has made such efforts seem heroic. The production of the album is very good and reaches quite high standards, the vocals are very good, they also have a personal style and sound and the compositions are cool. There are no instruments “buried” in the mix and the whole approach is very professional. Some of the tracks that I liked at once are “Great Divine”, the “World’s Control” and “The System”. My general impression for this album is very positive and the entire effort is highly appreciated. The thing I can imagine is that the band’s compositions will be improved over time because they need to write more catchy compositions, since what “Out Of The Black” lacks is a track that “shines” from the first moment.