When you are about to do an interview with Elize Ryd, you know that you have in front of you one of the finest voices of the new generation, the frontwoman of an up and coming band that has made quite some progress in the last few years. After talking with her one thing became apparent almost immediately: there isn’t any great secret hidden behind the band’s success. Amaranthe is doing great simply because they dare to do all the necessary things without failing in working tirelessly towards that goal.  Interview: Dimitris Kazantzis 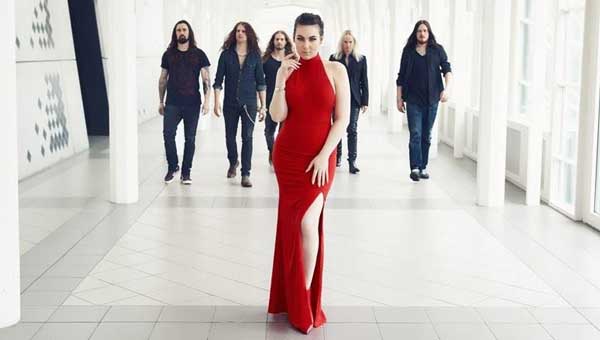 Elize Ryd: We love the tour so far! We play in packed venues almost in every city and you can feel that there is a great difference especially nowadays there are so many fans that come to the shows and support us. It’s a great feeling to see your fans sing along with you and know all the lyrics to our songs. On the other hand when we play in Germany we work so hard to win over the fans because there are so many people that don’t know us. So, it’s a challenge for us. Now that we are touring with Powerwolf we get the chance to present our music to people that probably haven’t heard us before. It’s a funny thing…you see fans that in the beginning of the show don’t know us, they are kinda surprised by our music but in the end they seem to like us. So, it’s a good thing! Therefore I believe that this is tour is really great for Amaranthe cause we manage to reach other people and gain new fans. 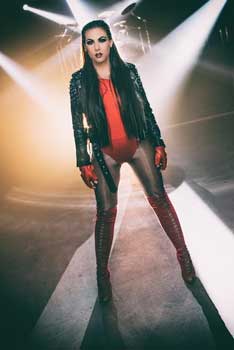 Rockpages.gr: You almost gave an answer to my next question. Do you think that this tour that features three different kind of bands have three totally different type of fans?

Elize Ryd: I don’t think so. What we have and what we see in our shows are three different type of fans which is nice because in the end there is the same genre and it really shows that there is so much you can do with style of music. From my perspective, I believe that we all play a different style of heavy metal music which is nice for the fans because they get to see various bands and possibly discover new music.

Rockpages.gr: Let’s talk about your brand new album “Helix”. How does it sound compared to your previous releases?

Elize Ryd: Well, actually I have to go back and listen to our previous albums to see any differences but I think that it combines elements from all the past albums. I’d say that it’s probably a little more aggressive and heavier with louder drums and bass in the final mix. I believe that it’s a very solid record and as I said we tried really hard to bring forth the best elements of our previous records. If you add all those elements you get the DNA of Amaranthe called “Helix”…that’s what the title means actually.

Rockpages.gr: Amaranthe has a very unique sound. Of course, it’s heavy but I also trace pop and industrial sounds in there. What made you decide to play in such a way and whose decision it was?

Elize Ryd: That’s a very interesting question. In the past I used to work with other metal bands as a guest singer. My brother also had his own metal band so for me the genre was very familiar. Then I met Olof (Morck) and Jake (Lundberg) and did guest vocals on both of them…they had their own bands. When Olof heard the audition tape that I did for Nightwish, he decided that this was the kind of music that he wanted to play. So, in the beginning we started out hanging around as friends and after a while we decided to start our own band. Jake and Olof had already started working on some demos and I came along to help them out a little bit, maybe co-write a few songs. If I am in a room and people start talking our playing music, I can’t stand still or shut up, you know…(laughs). So, when we wrote the first three songs and we put them on MySpace, we got a lot of requests from record labels and management companies because they noticed that we had many listeners due to the fact that our music was so unique. At that point, we only did it for fun. Then we decided to start a band…to approach this thing more seriously. We got the attention from the fans and a very good deal from a record label. After that we needed to bring along some more members in order to form a band and sign the record deal. I think that I have my own style of writing which is totally different to how Olof and Jake write. We all love electronic music because we grew up in the 90s. We weren’t the only ones who brought electronic elements to metal music but we were really influenced by it. We just took it to the extremes as we put all the pieces together! 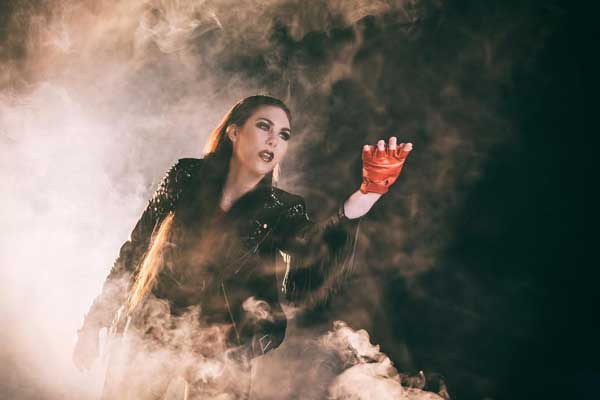 Rockpages.gr: What were the main difficulties that you faced as a band when you first started? 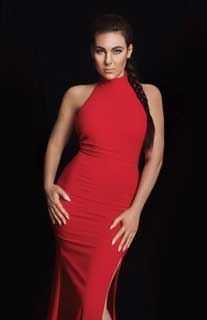 f the main difficulties was that we were so different compared to other bands. But it was at the same time one of the best things of Amaranthe’s music. Obviously it’s always difficult in the beginning when you have a different sound. That was probably the biggest difficulty because people couldn’t put us in a category, in a box. They were like “what is this?” (laughs). But we weren’t scared to be different and we stood our ground. We believed in our music. Of course, in the beginning we didn’t like the negative comments that we read but after a while people started appreciating our music and our style.

Rockpages.gr: You had a relative success from a very early stage in your career. What was the thing that helped the band in the very beginning?

Elize Ryd: I was hired by Kamelot as a back-up singer and thanks to that we got a slot as a support act for them which was cool because they are a well-known band. For me it was extra work because I had two shows every night (laughs). Also, Jake knew the guys from Hammerfall and they were very helpful as they brought us also as special guests in one of their tours. But we also worked very very hard in order to make it. Sweden is a small country and more or less everybody knows each other. If you have a band then you want to help out the others when you have the means to do it. We all want the best for each other. We are very grateful for that because in other countries there is a greater competition and this kind of situation…I mean every Swedish band to help another band from Sweden…is rare in other parts of the world.

Rockpages.gr: Patric Ullaeus is the director of almost all your video clips. What does he bring along to the band? What’s his strong point as a director?

Elize Ryd: I think that Patric’s main strength is that he can make something great regardless the budget! He is so passionate about his work and everything comes out very naturally. If he gets a seed he can make a flower out of it! He is a true expert and an absolute professional! But he also believes in the band otherwise he wouldn’t necessarily work with us or he wouldn’t make so many great Amaranthe videos. The fact that he is also Swedish makes things a lot easier for us. Patric is an amazing guy and a very creative director.

Rockpages.gr: So, what’s next for Amaranthe?

Elize Ryd: Next is touring, touring, touring! Maybe a new album after a while and a new circle will begin. As long as we have the energy and the fans behind us, we will carry on! That’s the plan (laughs)! 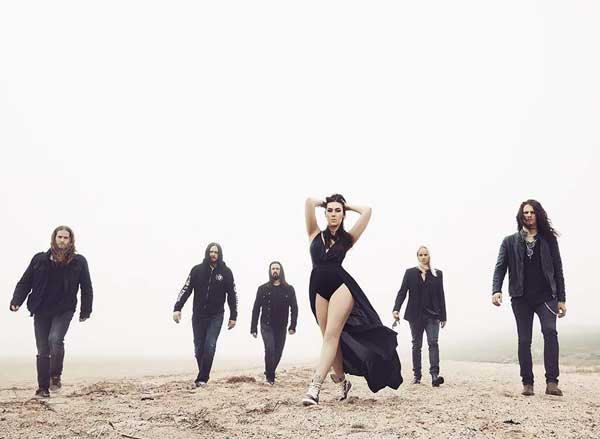