It’s one of the greatest feeling in the music world to discover hidden gems and remarkable bands that deserve to achieve something –commercially and artistically- important in the industry. American Mafia is an exemplary case as their debut album “Rock N’ Roll Hit Machine” proved that this is surely a force to be reckoned with. Freddy Villano, bassist and founding member of American Mafia, was kind enough to shed some light on the past, present and future of the quartet while pointing out that…it’s a long way to the top if you wanna rock n’ roll on the other side of the Atlantic. Interview: Sakis Nikas

Rockpages.gr: First of all, tell us a few things about the band…how did the whole thing start? 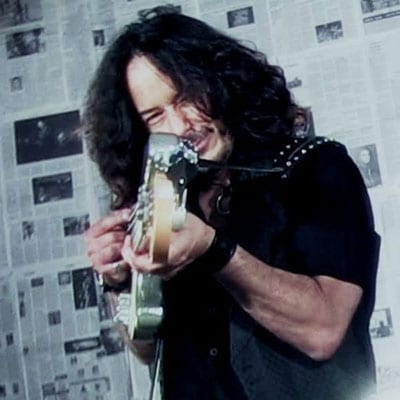 Freddy Villano: That’s a long story. I’ll try to shorten it. American Mafia was born out of the ashes of Holy Water, who did a demo back in the early ‘90s that was produced by Al Greenwood from Foreigner. The band had a lot of potential, but Nirvana’s Nevermind came out while we were in the studio working on that demo. The music industry shifted gears and was no longer interested in melodic rock bands like us. That demo eventually circulated as a bootleg and was one of those mythical finds that people often talk about. Years later I realized there was still a market for our brand of music in Europe and we had a lot of material that was never properly recorded, so I asked Tom Jude (guitar) and Dave Knight (vocals) about recording all of those songs and putting a record out. In the meantime, we put together a mypsace page (https://myspace.com/thisisholywater) and posted that early demo (along with some others), which caught on with some indie labels. Perris Records eventually offered us a deal and released The Collected Sessions, which is a career retrospective, featuring songs from several different sessions and a few new tunes. But the intention was always to make a new record. So, with The Collected Sessions buying us some time, we set about tracking a new record. Unfortunately, Dave just never seemed into it. We got him to do two new songs for The Collected Sessions, but we simply never got another vocal track from him after that. Sadly, we came to find that Dave was facing some personal demons because he committed suicide in 2015. We had decided, however, with his blessing, in 2013 to replace him. But we found it difficult to find one singer to complete the task of tracking an entire record, so we enlisted several: Don Chaffin (Red Lamb/VOX), John West (Royal Hunt/Artension), Mike DiMeo (Riot/Masterplan), Jimmy Kunes (Cactus/Savoy Brown) and Ed Terry (Rondinelli/Rage & Beyond).

Rockpages.gr: Who thought of the band name and by the way do you have any Italian roots?

Freddy Villano: I do have Italian roots and even lived in Italy for quite some time back around 2001, 2002. I came up with the name American Mafia. Once Dave took himself off the project we considered changing the name of the band. His voice was such a big part of Holy Water’s identity it didn’t seem to make sense to keep that moniker. And since the album featured several different singers, Tom and I were trying to come up with something that reflected a gang or a collective, like Jake E. Lee’s Red Dragon Cartel. We liked the ‘cartel’ aspect of the name because it seemed to illuminate that the album was more of a project than a band—that you were getting an album project, not necessarily a band effort. American Mafia was simply going to be an album project at that point.

Rockpages.gr: You have released so far an album called “Rock N’ Roll Hit Machine” that brings in mind the late 70s sound of such bands as Bad Company and Foreigner. Was it an era in music that shaped your overall taste as a musician?

Freddy Villano: Absolutely. I really grew up listening to Black Sabbath, Dio, Iron Maiden and stuff like that, and got into Led Zeppelin, Bad Co., Free, Humble Pie, etc., later on. I played in a band with former Tangier guitarist Gari Saint for a while and he taught me that there was more to music than metal. He really opened up my ears. I often refer to “Hit Machine” as Bad Co. on steroids. Not because we are better or tougher, but because technology does allow us to have a more formidable, tougher sound. There’s more weight and bottom end to the record than you were able to achieve in the early ‘70s. But, yes, we embrace those comparisons and those bands certainly influenced our taste and the direction of the songs. 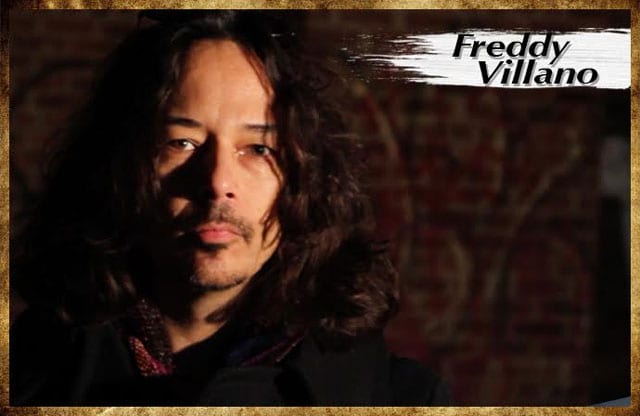 Rockpages.gr: You shot two video-clips for the songs “Friendly Fire” and “Death & Satisfaction” which are both amazing. Do you think that those two tracks are representative of the whole album?

Freddy Villano: That’s a tough question. In some ways yes and in some ways no. I think in terms of overall sound/production quality, song craftsmanship and performance they are. But “Friendly Fire” is certainly the heaviest tune on the record. And “Death Satisfaction” has the most Zeppelin kinda vibe to it—more than anything else. But there are other tunes that are bluesier (“Your Good Lovin’”), some that are funkier (“Obsession”) and some that are really mellow (“All I Need”). So, in essence, we tried to create a ‘classic’ album, one that covered a lot of terrain and wasn’t too one dimensional. I think, if you listen to some of the aforementioned bands that influenced us, you’ll hear that they cover a broad range of styles on their records, even if the final product has a singular, identifiable, overall sound. 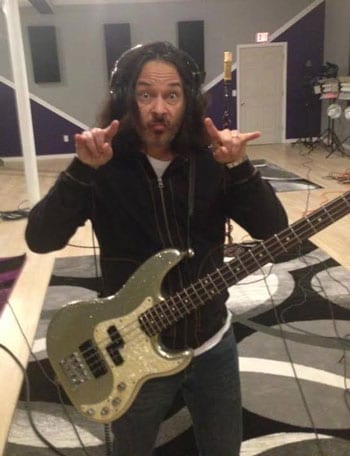 Rockpages.gr: I must say that American Mafia’s best kept secret (or not so secret for that matter) is the singer Don Chaffin who kinda reminds me of Oni Logan (Lynch Mob) and Andrew Freeman (Last in Line). How did you and Tom Jude meet him and did you think of auditioning other singers for American Mafia?

Freddy Villano: As I mentioned before, the album features many different singers and we all met in various different ways, but I was introduced to Don through our mutual friend (drummer) John Macaluso (Ark, TNT, Yngwie). The great thing about the way we did this record, and the unintended result, is that we formed some really great relationships with fantastic singers and songwriting partners. So, the future looks bright in that regard. We could do a full length record with any one of these guys and it would be top-notch. They all brought their ‘A’ game to “Hit Machine” and we couldn’t be happier with the results. As I mentioned before “Hit Machine” was initially intended as a one-off project, but then we shot the videos with Don and everything seemed to come together quite naturally, so we decided to take it a step further and see if it could now become a band.

Rockpages.gr: I know that you are working on releasing a new EP. What can you tell us about it and will it be in the vein of “Rock N’ Roll Hit Machine”?

Freddy Villano: Yes, we recently completed drum tracks for the five songs that will make up the new EP. It will feature Don on vocals exclusively. We’re really pumped about this material. It’ll be a bit more bombastic, sonically, than “Hit Machine,” in terms of production. I’m hoping listeners will hear a natural progression in terms of our growth as songwriters and as a band. Basic tracks for “Hit Machine” were recorded after only five or six rehearsals, where as we’ve already spent twice that amount on five tunes this time around. So, I think you’ll hear a tighter, more well-developed unit, exploring a more wide-open, almost looser kind of sound, if that makes any sense. I could make comparisons, but I don’t want to influence anyone beforehand and if it doesn’t end up sounding anything like what I say, I’ll just look silly (laughs)! What I can say is that there won’t be any keyboards on the EP.

Rockpages.gr: What are your future plans? Are you working on securing an opening slot for a big act or would you prefer a small headlining club tour? By the way, how difficult it is for a relatively unknown band to arrange a tour in USA nowadays? Are there any good opportunities?

Freddy Villano: Touring in the States without label support is very difficult. Most good gigs are essentially buy-ons, meaning you have to have the money to buy onto a tour or a gig with a prestigious band. We don’t really have the audience yet to support our own headlining tour, so we’re looking at opportunities on a case-by-case basis to see what works and what doesn’t. We’re happy to open for other bands, but we don’t necessarily have the resources to sustain something that would make sense in the grand scheme of things. It’s a real balancing act. My goal is to get the band over to Europe where I believe there is a much more dedicated fan base for our type of music. So, if you have any ideas on how to do that please let me know!  We’d love to come play for you!

Rockpages.gr: Quite recently we lost so many great artists and the music world is surely much poorer! Especially, two iconic bassists –Lemmy and Jimmy Bain- passed away leaving a huge gap. What’s your comment and where do you think the future of rock n’ roll lies?

Freddy Villano: I interviewed both for Bass Player magazine and both were huge influences on me when I was young and learning how to play. These were guys who were committed to their craft and never really compromised despite current trends or fashions. And both were so much more than bassists. They were both prolific singers, songwriters and in Bain’s case, a multi-instrumentalist. I think what American Mafia is doing is a direct extension of the groundwork those guys laid. There simply wouldn’t be us if it wasn’t for them and the phenomenal body of work they both represent. So, now it’s maybe our turn to pick up the mantle. Hopefully the future of rock n’ roll rests in American Mafia’s hands.