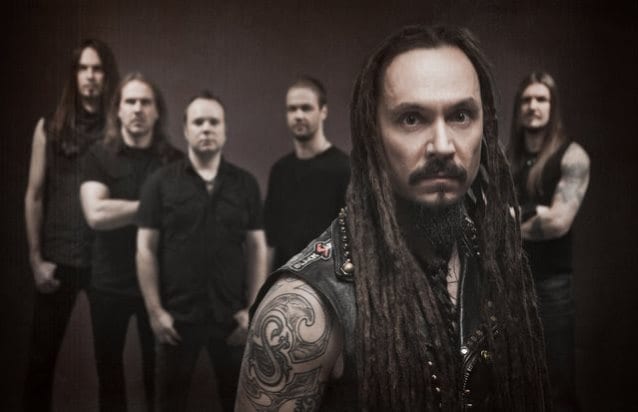 Finnish melancholic progressive metallers AMORPHIS have entered the studio to begin recording their new album, due later in the year via Nuclear Blast. According to a press release, “the pre-production process is already done and most of the recordings have been finished. But this time, the band didn’t rush at all and took their time to focus on details so there’ll be also some really amazing surprises: additional recordings with real strings and flutes, as well as orchestra arrangements and choirs! In addition, this is the first time that people will be able to hear their lyricist Pekka Kainulainen on the album as he contributes a speech in Finnish!”
AMORPHIS’s new album is once again being produced by Jens Bogren, who has previously worked with OPETH, AMON AMARTH, KATATONIA, SEPULTURA and KREATOR, among others.