A special evening with a very special and much beloved to he Greek audience (and not only, of course) artist. Bruce Dickinson appeared on the stage of the impressive Pallas Theatre for 2 ½ hours sharing with us some of the most characteristic, funny and historical moments of his illustrious career. 1000-1200 fans who were present left with a huge smile on their faces as we were witness to those really interesting stories as Bruce took us down a trip to a memory lane with a perfect sense of humor and various photographs on the huge backdrop. Naturally, most of the stories focused on his school years, airplanes, fencing and of course music and needless to say that every single time that an Iron Maiden photo appeared behind Bruce, the crowd went absolutely crazy! 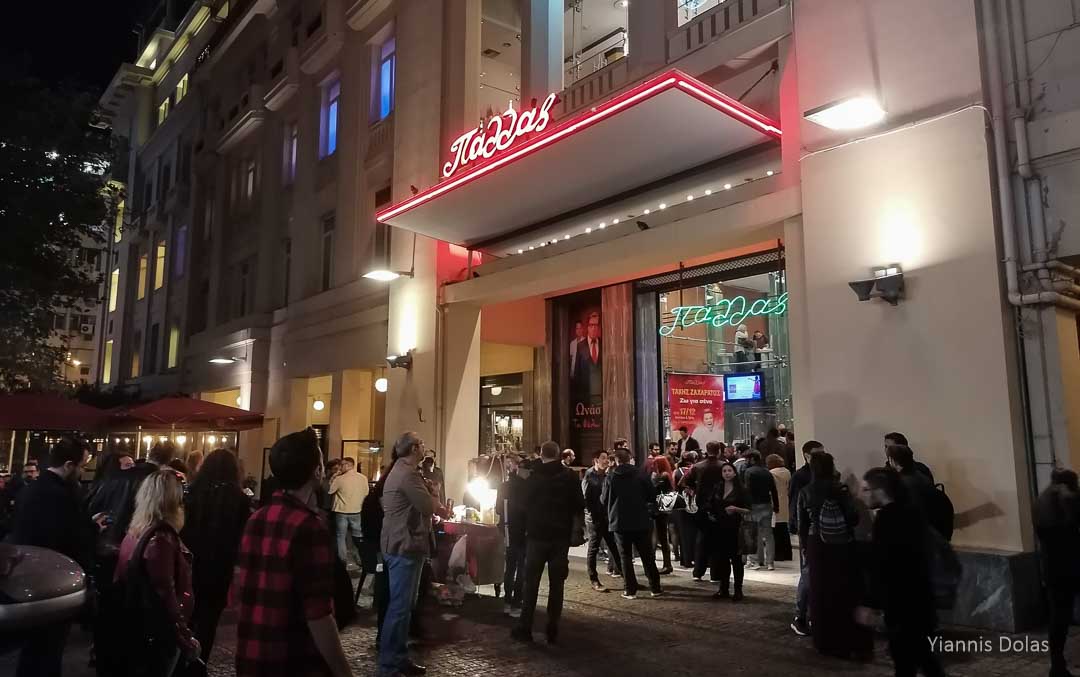 Bruce, knowing of course the everlasting desire of his Greek fans, didn’t stop making special references to the song “Alexander The Great” (“one day, we might play it”, he said). The show was divided in two parts. The first one was really a rundown of the most significant episodes of Dickinson’s life (most of them can be found in his autobiography) and the second one featured questions by the attendees that were written before the show started. Bruce is definitely a source of inspiration and courage as he handled his recent health issue with cancer with exceptional bravery and determination thus showing the way that the most important thing in life is really staying alive!

In the end, he left the building by singing a capella an amazing version of “Revelations” (at least, a part of it) and of course he received a standing ovation. This was a chance of seeing Bruce up close and really cool and casual without a huge production behind him like in a Maiden show or something similar…it was definitely a night to remember.

P.S. In the question of who he would rather be if he wasn’t Bruce Dickinson, his answer was: “Ritchie Blackmore on the album “Rising” and most specifically on the solo of “Stargazer”. 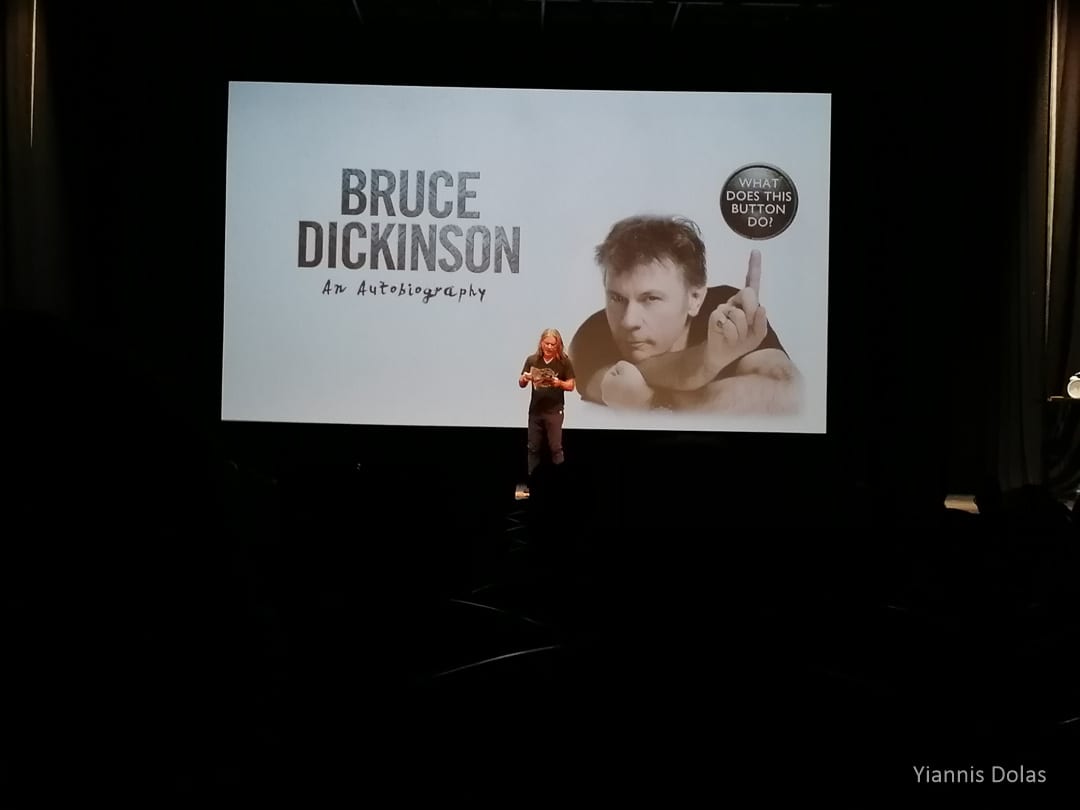