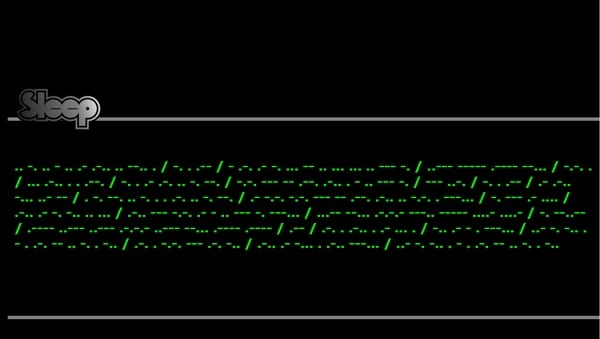 That’s unusual! Sleep posted an announcement in their official website that was written in Morse code! It’s about the band’s next album release, which is going to be the first since 2003 and reads: “Initialize new transmission 2017. Sleep nearing completion of new album. Engineering accomplice Noah Landis.” It also says that the record label and release date are “undetermined”. Epic!