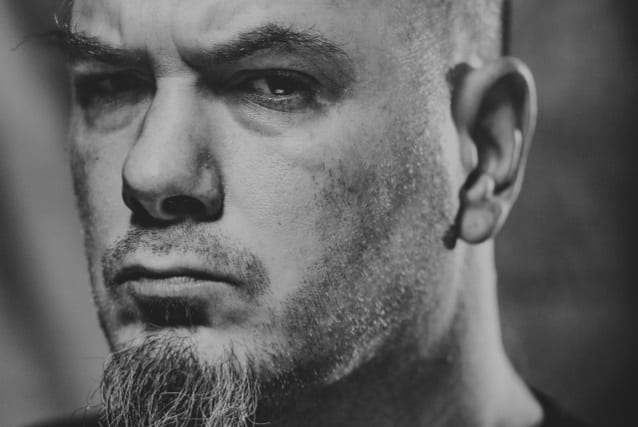 Max Morin of Bucketlist Music Reviews recently conducted an interview with former PANTERA and current DOWN/SUPERJOINT frontman Philip Anselmo about his PHILIP H. ANSELMO & THE ILLEGALS project.
On the status of DOWN:
Philip: “I have to focus on this new stuff for the time being because really, to clear it up and make it loud and clear for everyone: DOWN, when DOWN got together, we knew we were a band made up of many other bands. It’s always been out of brotherhood and love that when any of our ‘real’ bands such as C.O.C. and EYEHATEGOD, specifically get on a roll, at the time, even PANTERA, at the time, back in the day. If any of our bands get on a roll, we always make room for that band. A tour like for SUPERJOINT, for what it’s worth, when SUPERJOINT is working, there’s no real time for DOWN, of course. It’s a complete and just, I think, clear, very crystal-clear understanding between all of us that the day will come when things will slow down and we’ll feel primed enough and ready for it and moods will alter as they do over time, especially musically. If you play certain songs, no matter what band you’re in, if you play those songs enough times and enough nights, in a row, night after night, you’re going to want to change tastes here and there. Yes, we will record another DOWN record. Everybody’s committed to it. It’s just right now, everybody’s committed to it.”