Scott Ian is a man who has accomplished many things in his life under difficult circumstances. He led his band Anthrax from rags to riches (or at least to substantial commercial success and popularity) and eventually found happiness in his personal life. We call him at his home and Scott was more than happy to answer to all of our questions…well, almost all of them! One thing is certain: Scott is a happy man and that’s really the most important thing. And for all the Anthrax fans out there…yes, the band is still alive and kicking and the new album will arrive in 2015! Interview: Sakis Nikas

Rockpages.gr: Scott, what made you decide that now was the right time to write your autobiography? 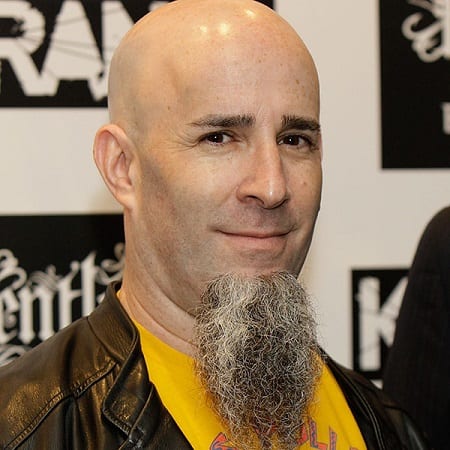 Rockpages.gr: Have you read any other biographies that inspired your own writing?

Scott Ian: No! I haven’t read many music autobiographies…only just a few. I read Ace Frehley’s, Greg Allman’s…I think I read Gene Simmons’ a long time ago. It’s not like I am reading a lot of these books…I am not really that interested in…for me, it took a long time to even think that writing a book makes sense because it is something that I don’t really think too often. I’ve been going out doing these talking shows and I tell stories from my book…being able to tell these stories in front of a live audience, that was actually my aspiration instead of writing a book.

Rockpages.gr: Personally, I didn’t know that you had such a strong, friendly relationship with Kirk Hammett. Was it a relationship that was built slowly yet steadily through the years or did you hit it off right from the very beginning?

Scott Ian: We hit it off right from the very beginning. I was closest with Kirk compared to the other members of Metallica.

Rockpages.gr: I really enjoyed the story with Eddie Kramer and your persistence to capture the sound that you wanted on “Among The Living”. Funny thing is that Mike Levine, the bassist from Triumph described to me a similar incident with one of their albums. Do you think that the final say on these things belongs to the artist or the producer?

Scott Ian: The artist, for sure…absolutely. If you are an artist and you know what you really want, then definitely…the artist.

Rockpages.gr: One of the most interesting chapters in your book is the one where you describe the “State of Euphoria” era. Many people, including myself, consider this record to be a classic Anthrax album yet you are clearly not satisfied with it. What’s the reason for this dissatisfaction?

Scott Ian: I say it in my book (laughs)!

Rockpages.gr: Yeah, I know…you say that it’s not up to par with the three previous Anthrax records…

Scott Ian: Yeah, exactly. I tell the whole story in my book…we rushed the whole writing process and I wasn’t totally satisfied with it…that’s why “State of Euphoria” is not up to par with the previous records.

Rockpages.gr: Then, why do you think this album is considered a classic one? 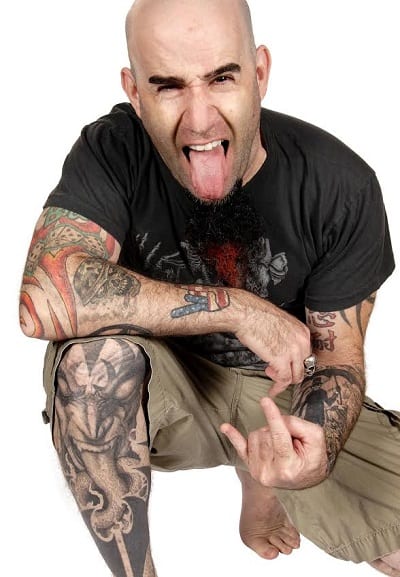 Scott Ian: I don’t know…I don’t review the Anthrax records (laughs). I don’t listen to them after they are finished so I don’t know why it is considered a classic album…I don’t know why a person likes something and some other person likes something else. That’s up to the listener…I am in Anthrax and I don’t pass judgment to our records…that’s up to the fans and the journalists to decide. I’ve been asked that question before…I mean, regarding “State of Euphoria” and I was always honest about it. I am in the band and I know that some of the songs were not really finished when we delivered the album to the label…at least, not as finished as we would want them to be. Maybe four or five songs…we needed to spend more time on them.

Rockpages.gr: In the mid to late 90s, Anthrax reached a low point from a popularity and sales standpoint. Were you afraid at the time that this was the end of the band?

Scott Ian: Again…it’s in my book (laughs)! I know that you have read the book but to all your readers you want to have a full answer to those questions, they have to read the book. I’ll just give you a tease of an answer and say…maybe (the end of the band was near) (laughs)! Yes, things did get very tough and in 1999 or 2000…I don’t remember exactly when…we actually did walk away from the band for a while…it was right after “Volume 8”…but we never really discussed about ending the band. We never had that discussion.

Rockpages.gr: Dan Nelson was the singer of Anthrax for a couple of years yet you don’t even mention him on your book. What was the reason for it?

Scott Ian: I think it speaks for itself. I don’t even mention him in my book…that’s your answer.

Rockpages.gr: Yeah, I am asking, though, because there are many Anthrax fans out there that want to know what really happened.

Scott Ian: If you look deeper and read between the lines, then you get the answer.

Rockpages.gr: The Anthrax show in the Yankee Stadium in 2010 is the absolute highlight of your career. Do you think that you can go higher than this?

Rockpages.gr: Is there any chance of doing more Big 4 shows in the future? 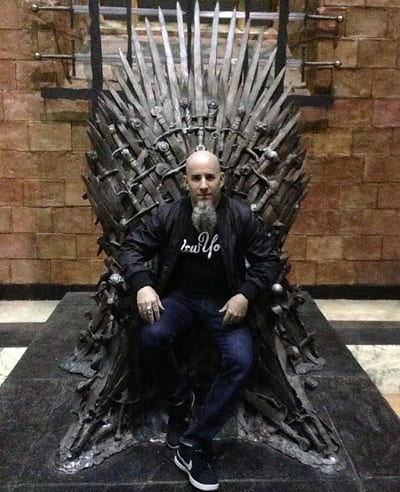 Rockpages.gr: Any comment, by the way, in the recent Megadeth thing with two members leaving the band?

Scott Ian: I don’t think that there should be any surprise whatsoever in any line-up change that take place in Megadeth…it is Dave’s band and that says it all. I am friend with everybody and I wish them all luck.

Rockpages.gr: Anthrax doesn’t release records as frequently as in the past. Does it have to do with the current state of the music industry? I mean, even Metallica and Slayer are not as productive as they used to be…

Scott Ian: Yes, because we have to tour more. We spend more time on the road now for many reasons…besides the music business, besides the fact that people steal records and you don’t have the income of selling albums anymore…so, of course that makes you tour more but also the difference now and let’s say the 80s is there is a lot more places to play now than it was back in the 80s. There are so many places in the world that we go now and it just takes more time. There are just more shows…we get invited to a lot more countries than in the past. Back in the 80s, there weren’t all those summer European festivals…there were only a couple of summer festivals in Europe. Now there are more touring opportunities. Anthrax was always a touring band so it just takes longer now.

Rockpages.gr: You had played a few times in Greece but I am sure that one of the most memorable moments was when you arrived in the airport in Athens in 2004 and there was nobody there to pick you up. A Spinal Tap moment or what…?

Scott Ian: I guess you could say it was a Spinal Tap moment (laughs)! Although, as you know, it wasn’t our fault…we had every intention of doing the show…we came to Athens to play only to find out that the promoter decided to steal everybody’s money and run away (laughs)! We wished we could have played…that’s for sure.

Rockpages.gr: So, should we expect a new Anthrax record soon?

Scott Ian: Not really, Jay Ruston will be the producer again and it will be out from Nuclear Blast.

Rockpages.gr: Is it harder for you nowadays to focus both on Anthrax and on your family?

Scott Ian: I don’t know if “harder” is the right word but it is what it is, you know…before I had a son certain decisions were easier to make just for the fact that we didn’t have the responsibility of a child. Now, having a child, it just changes that and we have to adjust…that’s all. But, the truth is that I have a job just like everybody else out there. My job requires sometimes to leave home…I may not have to work a regular 9 to 5 job but I have other restrictions. You just have to have a good balance and never be away from each other –both from my wife and my son- for too long…that’s the key.

Rockpages.gr: “I’m The Man” is the story of that guy from Anthrax who didn’t do drugs or was a heavy drinker or something. It’s not the typical rock n’ roll story…why should someone read your book? 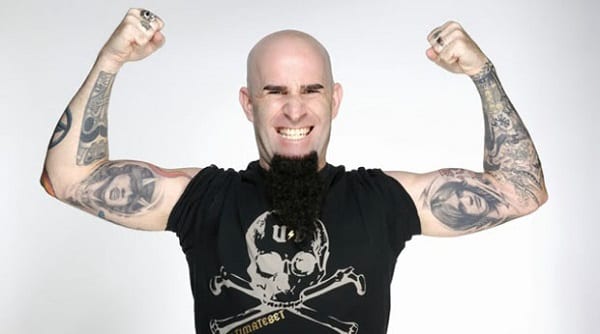