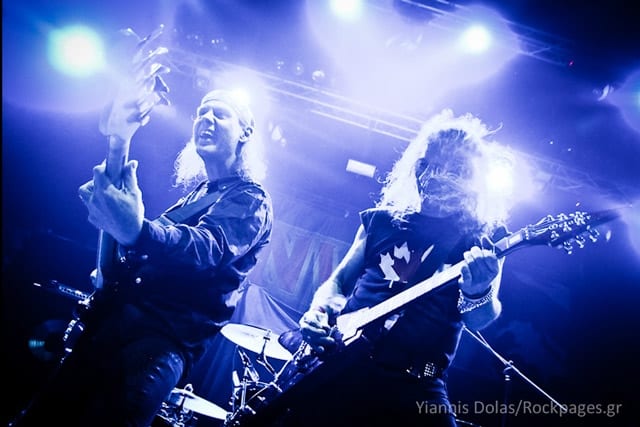 Anvil will begin recording their next album “Pounding The Pavement” in August. The album will be funded through PledgeMusic. “Pounding The Pavement” will be released in 2018 it will be the band’s 17th album marking their 40th anniversary. In the meantime the documentary “Anvil! The Story Of Anvil” will be released on Netflix. The fans that will support the band’s campaing on PledgeMusic will get access to a lot of exclusive stuff during the recording, as well as the release of “Pounding The Pavement” such as: a signed CD; your name in the “Pounding The Pavement” liner notes; a handwritten lyric sheet to the song of your choice; a private viewing of Robb Reiner’s art collection with the artist himself; a one-hour drum lesson with Reiner via Skype; a Skype guitar lesson with Lips; the opportunity to be a roadie for a day with the band on their U.S. Or European tour; drumsticks signed by Robb; the chance to sing backup on a track on the new album; dinner with the band; and much more.