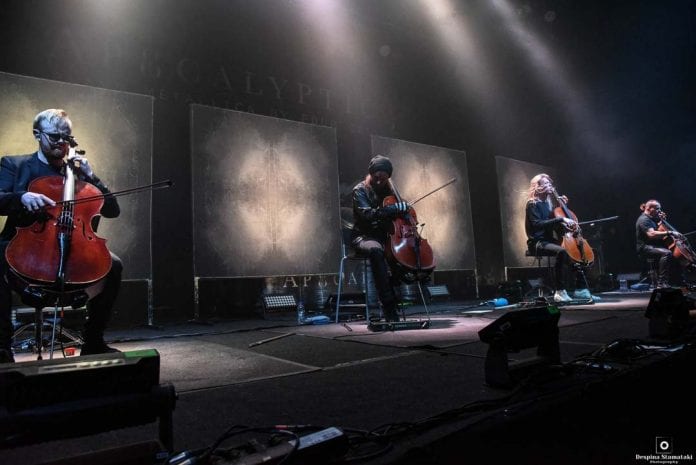 Apocalyptica released a cover of the classic “White Room” by the iconic band of Cream with guest vocalist Jacoby Shaddix from Papa Roach.

“We were really looking forward to this release. Doing a cover of such a legendary song, originally by Cream, was great fun and having Jacoby Shaddix as featuring artist is a big pleasure for us! We hope you like the song just as much as we do.”

Back in November 2019, a few hours before Apocalyptica’s show in Athens, Mikko Sirén was interviewed by George Terzakis and Rockpages.gr camera and talked about the band, the latest album “Cell-0”, Metallica,his quite original drum kit, as well as their decision to release a full instrumental album and the plan, a part of which is this song and the previous “Talk To Me” with Lzzy Hale, to release singles.

The way he talks and his body language are both full of energy, just like his playing. Something you might don’t know about is that he is a huge fan of… Asterix!