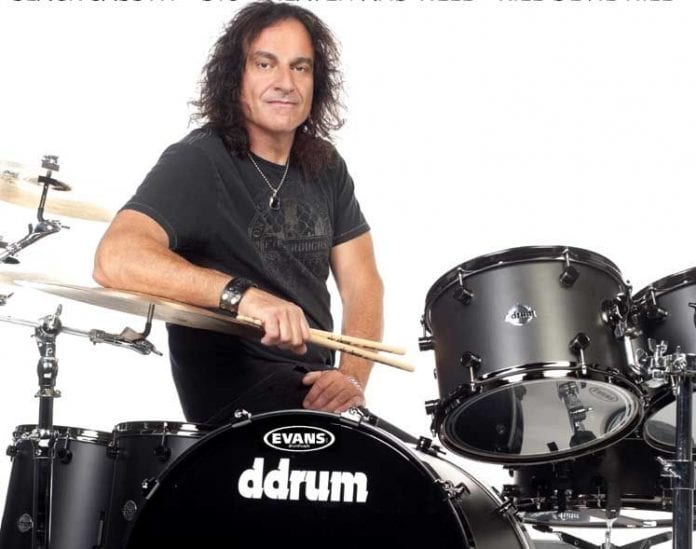 Metal Nexus recently conducted an interview with legendary drummer Vinny Appice (BLACK SABBATH, DIO, HEAVEN & HELL) about his APPICE, his new band with his brother Carmine (VANILLA FUDGE, BLUE MURDER, KING KOBRA).
On whether the APPICE song “Monsters And Heroes” is about Ronnie James Dio:
Vinny: “It’s absolutely something for him. It’s finally a tribute to him, in a song, by people who worked with him and were best friends with him. Yeah, it was pretty touching. That’s going to be the single and that’s the video.”