Arch Enemy for one more time in Greece and an opportunity to talk with Michael Amott and actually on camera couldn’t be missed! A few hours before the show, a very cool and in a terrific mood guy had a very nice conversation with us. The important part is that it didn’t feel like an interview, but more like a chat with an old friend. A perfect way to warm up before the killer show that was about to follow, some highlights of which you can enjoy and re-live through the video below. Interview: George Terzakis, Camera: Yiannis Dolas, PostProduction: BackHandPRD

Rockpages.gr: Welcome back to Greece Michael. Did you count how many times you’ve played here?

Michael Amott: I have played with Spiritual Beggars three times and also with Arch Enemy I think three or four times. And maybe with Carcass one time. Seven or eight time in total. Not enough.

Rockpages.gr: Which is your fondest memory?

Michael Amott: It’s probably the first time I came here with Spiritual Beggars in the “Ad Astra” tour and we played in the old Rodon club and it was so loud and a big audience for us, much bigger than we were used to. And we were shocked about how much the Greek fans connected with Spiritual Beggars. 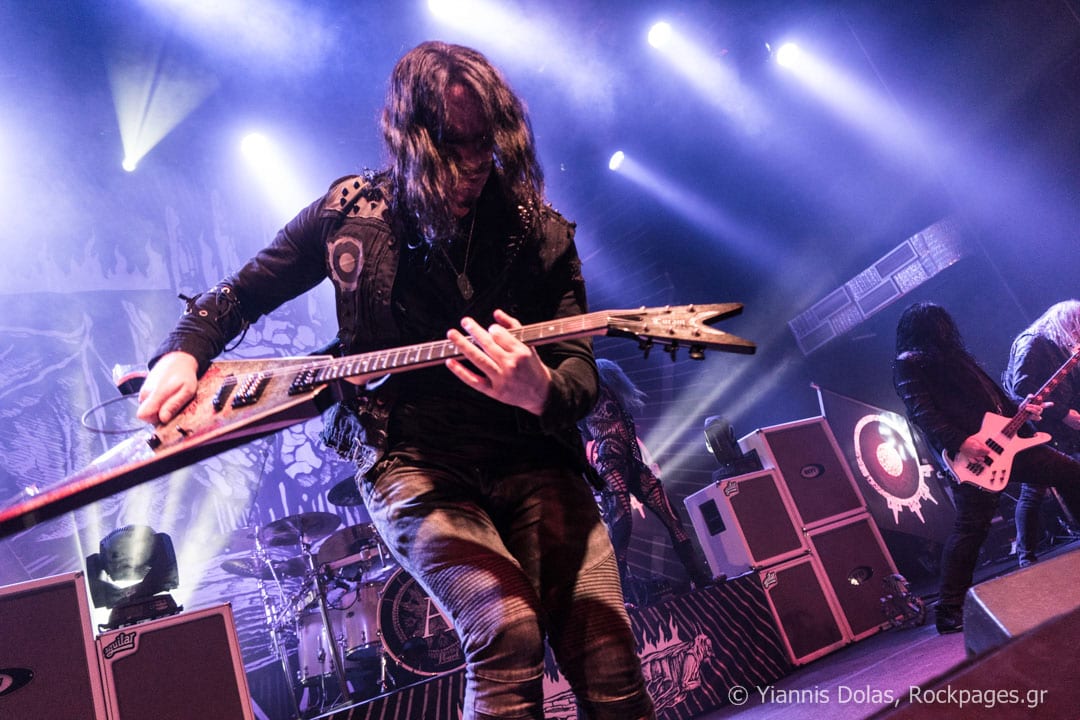 Rockpages.gr: Do you think that there is a special connection between both bands in Greece?

Michael Amott: I’d like to come here more and play but it’s a difficult market now with the economy being down. I think it’s never been more difficult. The Greek metal fans are so passionate, they bleed for metal, I love that. We also had Gus G. for a short time for a tour in America.

Rockpages.gr: Arch Enemy started as a project and then became a full band. What were your expectations back then?

Michael Amott: No real expectations, just to make a record. It was not a serious band at that point. But then the album made an impact.

Michael Amott: Yes, we had a huge success in Japan and toured after the first album and the sales were strong over there for some weird reason. Nobody else really cared around the world. It just kinda happened. Some success in Japan, that made us want to do a second album, so we just kept on going. 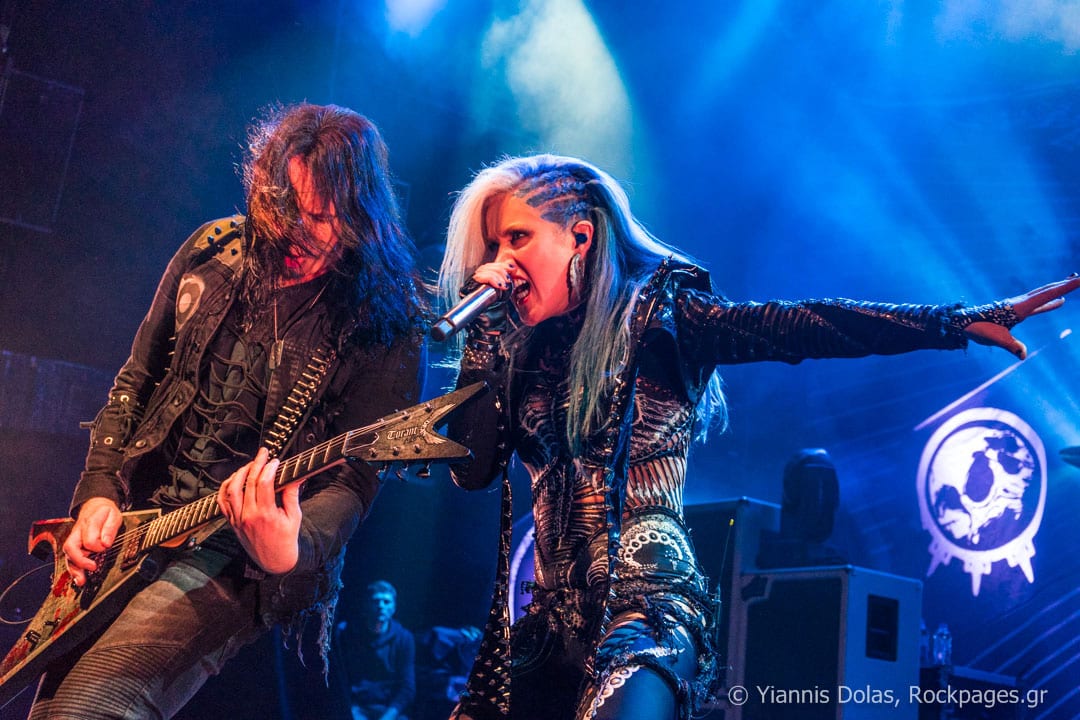 Rockpages.gr: So, after all these years what is there more to achieve?

Michael Amott: My motivation for continuing is to make music. It’s the only thing that I do in my life, it’s all I know. I feel very fortunate that I had this success, I don’t play for money any more. I just want to do it from a purely artistic point of view.

Rockpages.gr: Let’s go to your new amazing album. What were the reactions from the fans and the press?

Michael Amott: The new album is going very well. The reactions are phenomenal but I think that’s coming of a huge world tour for “War Eternal”. We played about 300 concerts around the world and now we have a really strong fan base.

Rockpages.gr: You also tried some new stuff on the new album, like “Reason To Believe” with clean vocals or “Dreams Of Retribution”. Whose idea was that?

Michael Amott: It was my idea. Alissa is a phenomenal singer who can do both clean and brutal vocals. When you have that in your tool belt as a band you have to use it.

Rockpages.gr: Will there be more songs like this in the future?

Michael Amott: I don’t think that we’ll ever be a band that focuses on clean vocals. I have never planned anything, I just write whatever comes out. 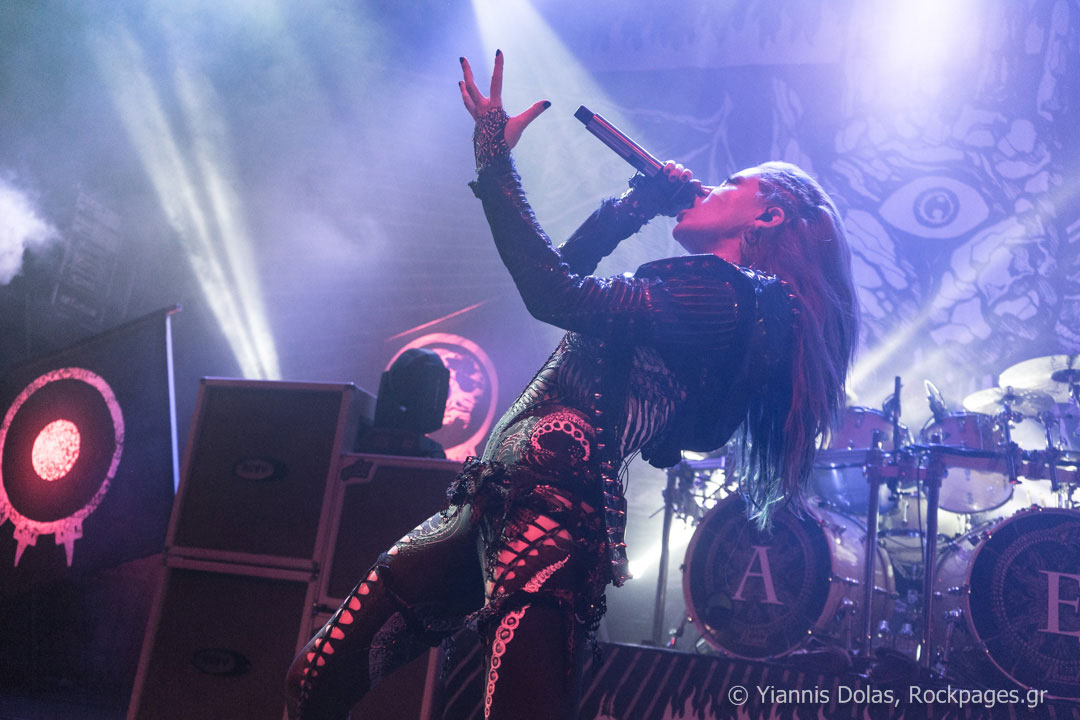 Rockpages.gr: How do you usually write? While on tour, when you are home relaxing, how does this happen?

Michael Amott: I wrote a little part yesterday, it’s on my phone. I write a little bit on tour. Mostly at home thought. But ideas can come all the time. I’ve run to bathrooms in airports and sing an idea into my phone and save it for later.

Rockpages.gr: When Angela told that she wanted to quit the band, how did you react? You thought it was the end?

Michael Amott: Yeah, I thought that we had a really good run at that point. But then I had a meeting with Sharlee and Daniel and talked about getting a new singer or say that it was a great career and end it there. We decided to try a new singer and then the name of Alissa came into the mix.

Rockpages.gr: Did you have any other singers in mind?

Michael Amott: Yeah, of course. Both male and female. But Alissa is so dynamic and so unique and we knew she was a fan of the band. So it’s important to have someone who likes and understands the philosophy of Arch Enemy.

Rockpages.gr: And how about Jeff? How did you come together?

Michael Amott: I’ve known him since the mid 90’s. After Nevermore disbanded he did mostly guitar clinics, so he wanted to get out on the road and be a part of an international tour. 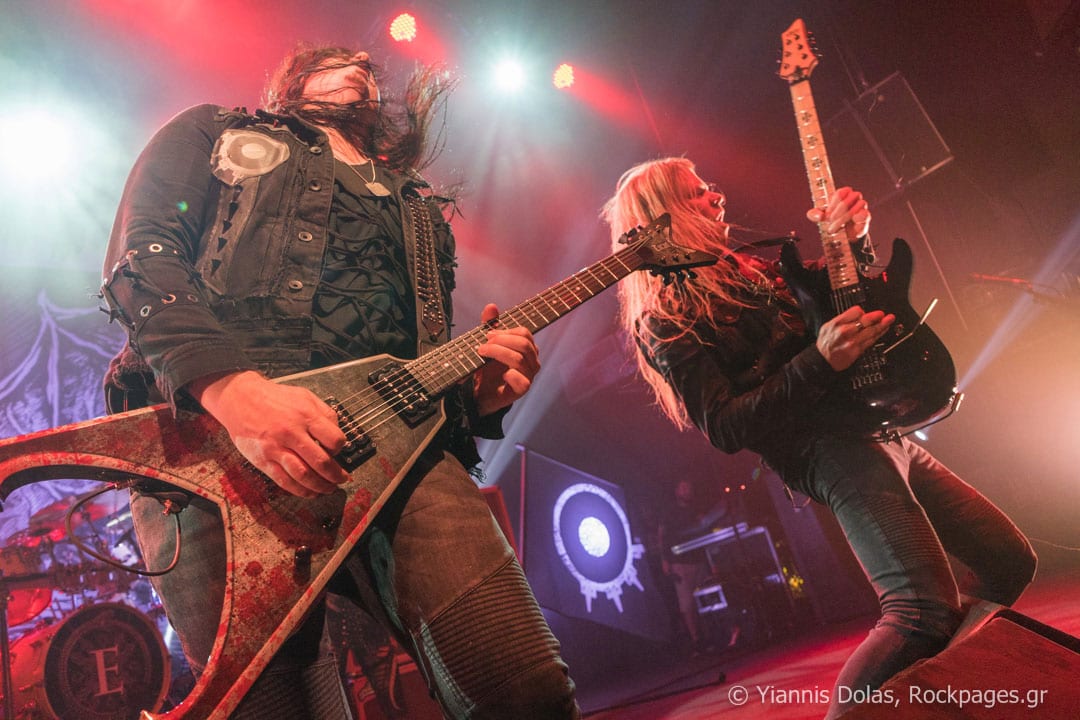 Rockpages.gr: How about this new tour? How many dates are booked?

Michael Amott: I think that tonight is the seventh show. It’s the beginning of a very long world tour, we’re booking until 2019.

Rockpages.gr: Last year you reunited with your old bandmates. How did this come to mind? (Michael with Sharlee and Daniel reunited with the original singer Johan Liiva and Michael’s brother, Christopher Amott, under the name Black Earth and played songs only from the first three albums).

Michael Amott: It was the 20th anniversary of “Black Earth”. As I told before this album and line-up had a huge success in Japan, so we did a small tour with seven shows over there.

Rockpages.gr: Is there more of this line-up?

Michael Amott: Not really. Johan doesn’t want to go on tour, he doesn’t want music full time as a career. He wants to work in a normal job and live a normal life. So it’s not something that we will continue doing, it was a special project. Maybe we’ll be something like ghosts or zombies and we’re gonna pop-up, you never know if we’re gonna appear. 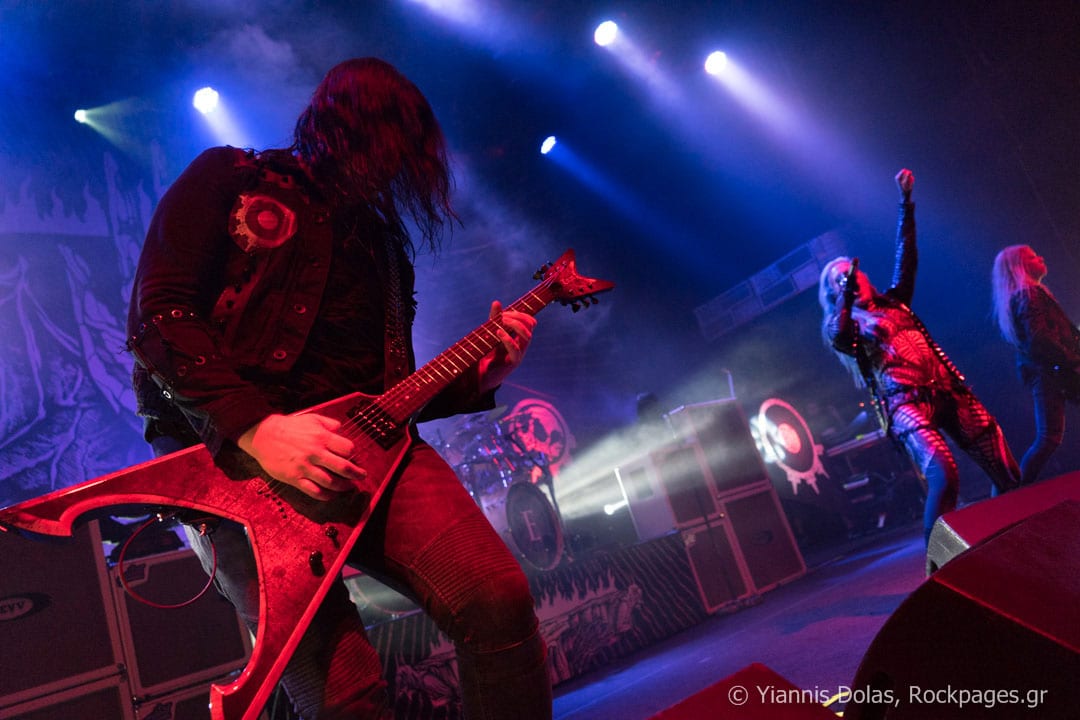