It all started in 2007 in Upplands Väsby, Stockholm, a town of 37.500 residents. From those 37.500, six of them decided to start a band that would steal the spotlight in an era that no hard rock band managed to make it big. 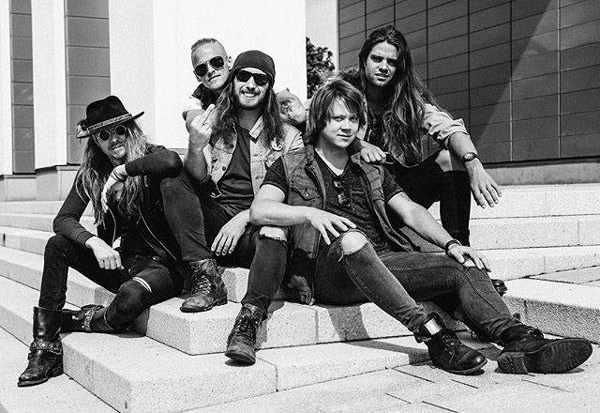 It was 2008 when Kenny Leckremo, Jona Tee, Jimmy Jay, Crash, Dave Dalone and Eric Rivers signed a contract with StormVox, Peter Stormare’s record company, a well-known actor from the movies «The Big Lebowski» and «Armageddon», but also known from «Prison Break» series where he portrayed the notorious John Abruzzi.

H.E.A.T.’s debut exceeded any expectations in the hard melodic rock scene and the band appeared at Melodifestivalen 2009 (Eurovision qualifications), touching the finals with the song “1000 Miles”. The level of response from the fans was higher than that of any other newcomer. «Freedom Rock» was the succeeding album and proved that the band was getting bigger by the minute. While reaching the Top 10 AOR albums of Classic Rock Magazine in 2010, Kenny decides to leave the ship without a captain for personal reasons and the band was left stranded.

When a band is in the beginning of its career, a loss like that can really damage its fame. In this case though, this change affected them only in a good way when they hired the winner of 2009’s Swedish idol Erik Grönwall as their lead singer. Erik became famous during his time in Swedish idol when he auditioned covering Skid Row‘s “18 & life” and managed to make the judges and the Swedish crowd go mad over him.

They set sail to conquer Europe and the band was never the same again. In 2012 “Address the Nation”, the first album with Erik on vocals, was released and they started touring all over Europe opening for great bands like Europe, Whitesnake and more. 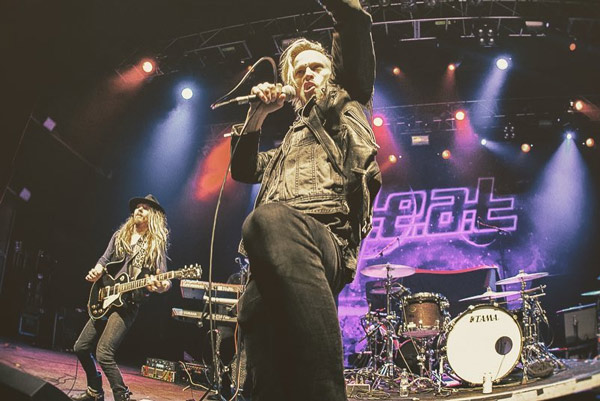 The year 2013 was an essential year for their career. The band was established as one of the best upcoming bands in the rock melodic sound, entering in every hard rock fan’s house. Erik was killing it in every show, gathering more and more people on the front of the stage. His passion during his performance, the amazing voice of his and the strong bond he forged with the fans was the reason that Firefest of 2014 placed them as headliners. They also played as Motley Crue’s co-headliner in Sweden Rock Festival 2015, where they also promoted their new album «Tearing Down the Walls». In this album the band appears as a 5 piece since Dave Dalone suddenly left the band.

From the summer of 2015 and for the two following years, H.E.A.T. committed themselves to the recording of the 5th album. There was another change though since Rivers decided to leave and was replaced by a returning Dave Dalone! As a result, the band released “Into the Great Unknown” in 2017 with controversial reviews. The album showcased some changes and took a slightly different path than the previous ones. For me it is the band’s weakest release, especially because the predating releases were of the highest standard.

During the last two years the band played everywhere including the old town of Chania in Crete during Chania Rock Festival where they rocked the place to the ground and gained new fans who had never encountered the band before.

Fortunately, they will be coming back to Greece in March 30th and they will play live for the first time in Athens

There is no right way to describe the feeling I get when I see this band live. One thing I know for sure though is that a H.E.A.T. live will be an unforgettable live!!!! 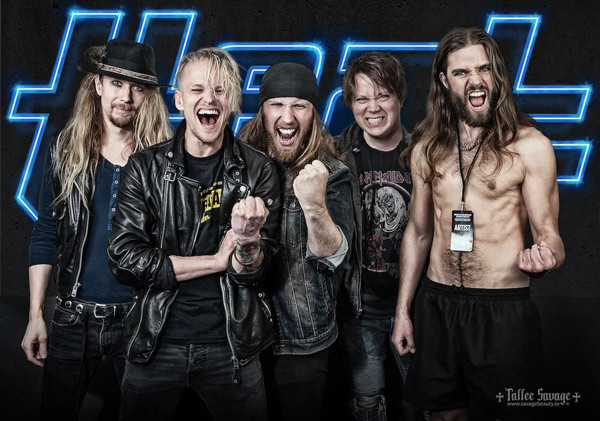