A cold Sunday night and who cares about the rain when you have three thrash metal bands on stage? Those who decided to be at THE CROW club were lucky enough to enjoy a great thrash event… 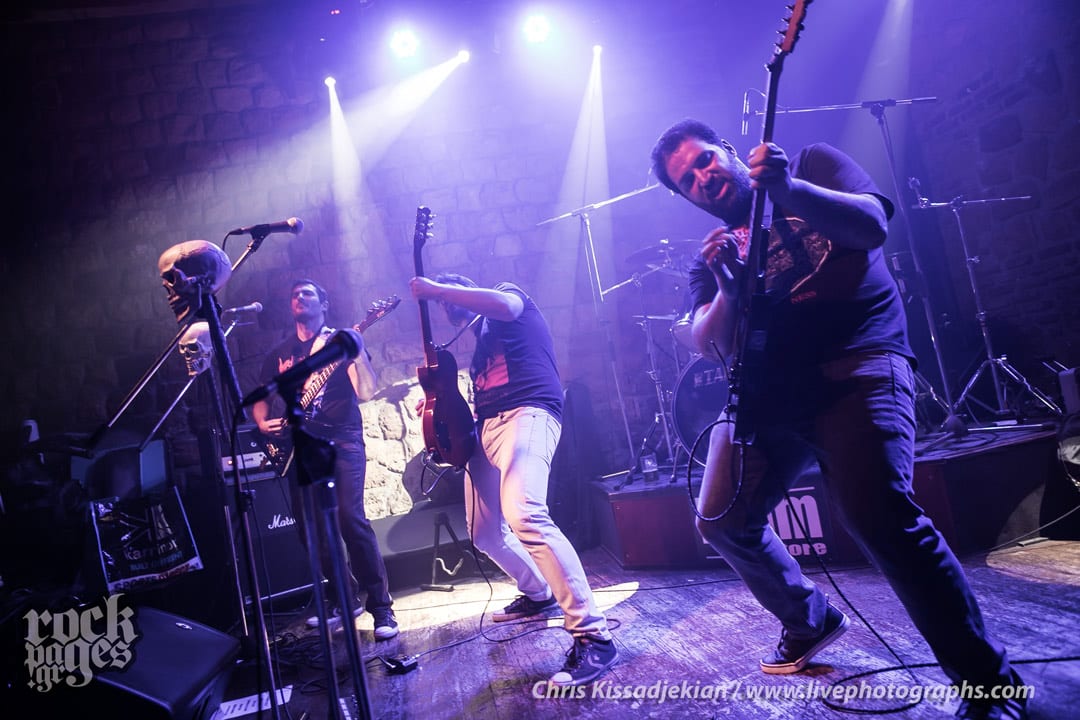 The club wasn’t full when the Athenians DEMOLITION TRAIN came on stage.

It was back in 2012 when I saw them live for the last time and they seem to have make a lot of progress since then (with two full albums after their first ep). Their setlist was based on those two albums and their performance was good with proper riffs and speed metal rhythms like the one we loved back in the 80s (it’s a style that sounds so much better live on stage). Worth to check out their album Bound by Horror(2017). With skulls on the mics, special guests on stage by Nir(Nightbreed) and Dimitris (Sacral Rage), everything was great for 35 minutes.

Setlist: Night Of The Wurdulak(Intro)/Symphony Of Horror, Metal Mayhem, Dawn Of The Necromancer, Beast Of Hades, Wendigo Screams, All Hell Is Breaking Loose 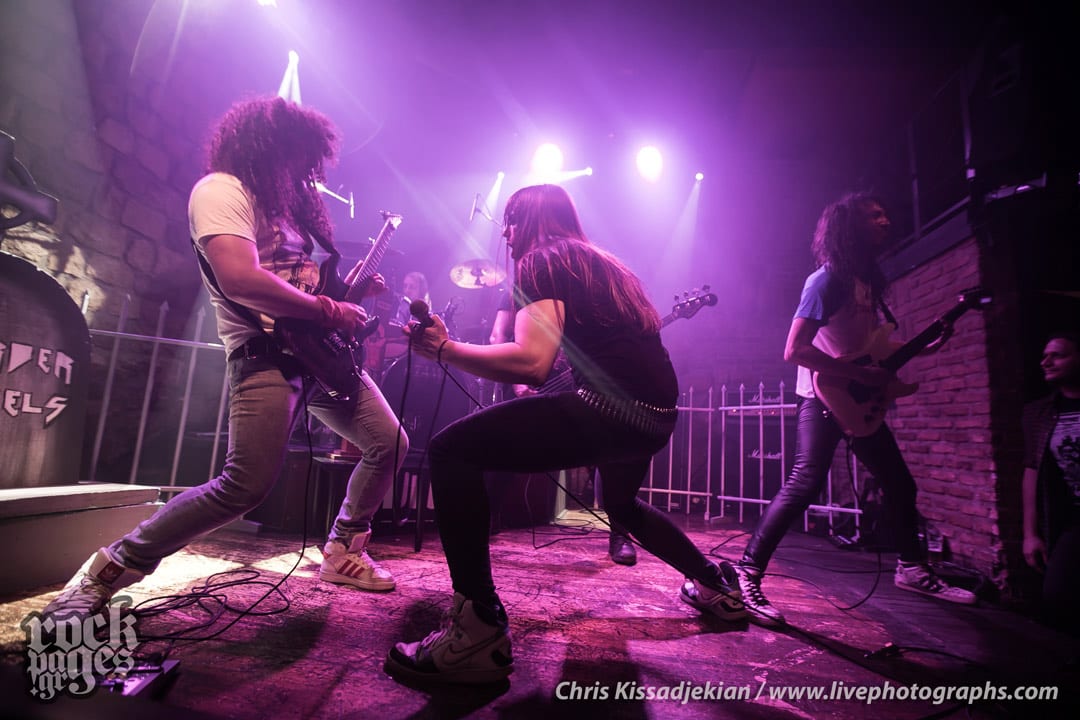 21:30 and the second band (MURDER ANGELS from Larissa) came on stage that now was full of railings, a tomb, a crucifix etc. It’s nice when a band invests on the image along with music. So, what was the music about? Once more we had an 80s pilgrimage with classic speed metal riffs & drumming, along with high pitch vocals. Best moment for me was Fire And Axe (simple and nice) with the band playing full of energy for 45 minutes and Tolis on vocals standing out. Their setlist was based on their two albums and their EP (from 2017).

Setlist: Black Lightning, Eyes Behind The Mask, Beyond The Dark, Crusader, Fiend Without A Face, Evil Spell, Fire And Axe, Haunted By Darkness, Virus X 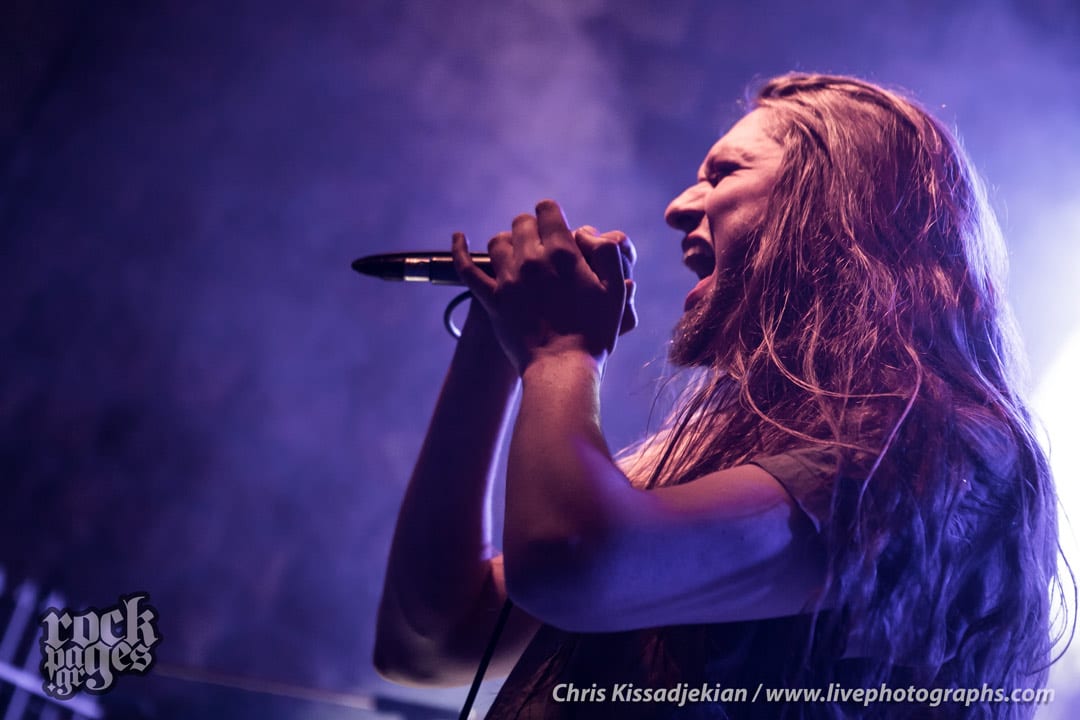 22:35. It was time to enjoy the headliners. ARTILLERY are so underrated no matter the great albums they released back in the day. By Inheritance is a classic album and I still enjoy it as much as back on 1990 when I first bought the album.

It’s really a decent band that still tours and releases good albums that can stand next to their classic ones. So, I liked the fact their setlist was a mix of old and news songs (unlike other bands that they seem like tribute bands to their own band). So, we’ve listened 6 tracks from the first albums and 7 songs from the last four albums. Their set could be a bit longer though.

People seemed to enjoy the concert as there were no boring moments from the start (The Face of Fear) until the end although there was no crazy old school fan reactions. Performance by the band was great, the Stützer brother was accurate on guitars and the same applies for Peter Thorslund(bass) and Josua Madsen(drums). In the end Nick (Exarsis) came on stage and all together we shouted terror terror, terror squad 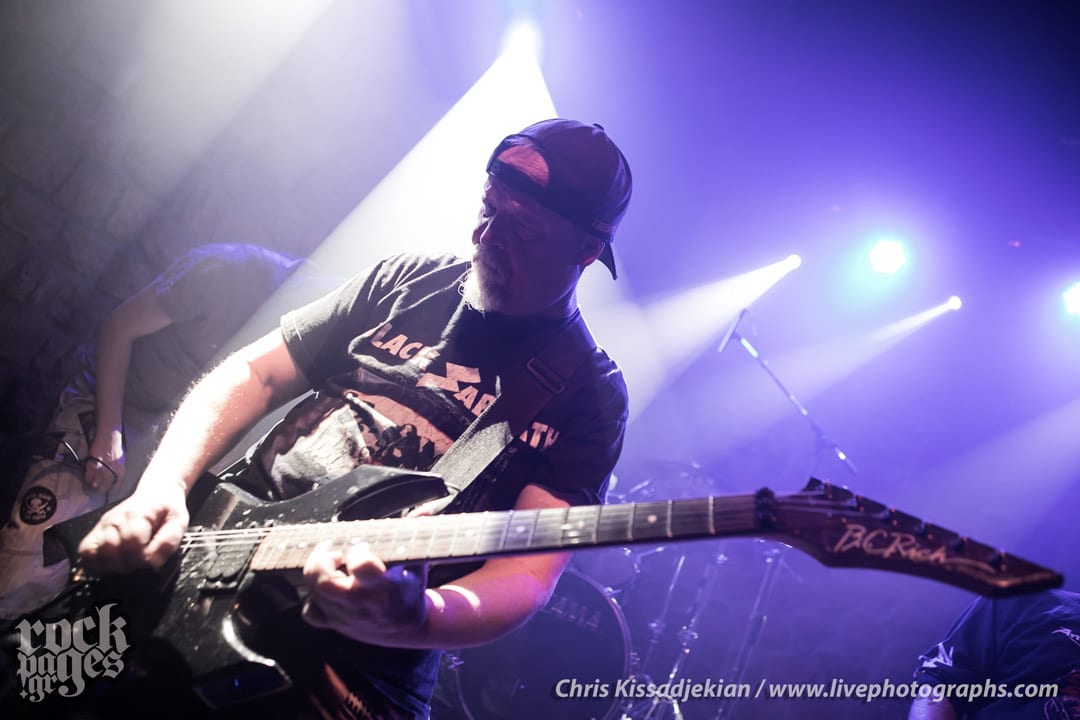 Last but not least I must mention how good was Michael Bastholm Dahl on vocals. A great performance, not only on new songs but on the classic ones too as there were moments I enjoyed them more than the originals!

Setlist: the face of fear, by inheritance, crossroad to conspiracy, live by the scythe, 10000 devils, sworn utopia, the challenge, new rage, legions, deeds of darkness, khomaniac, terror squad, the almighty 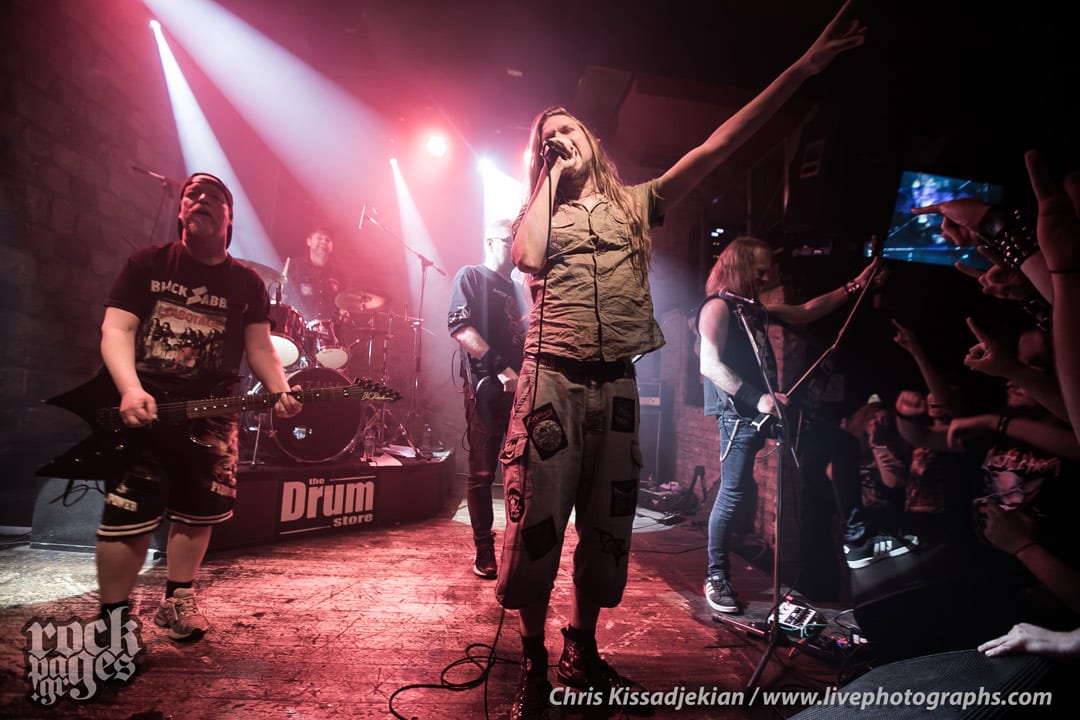