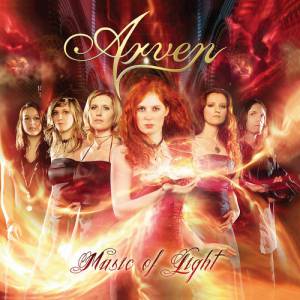 This is a rare case in terms of forming a female fronted metal band. The band form Frankfurt consists of five female members and one male member on the drums. I can imagine you have understood what it is about…
“Music Of Light” is their first recoding attempt and we can say it’s encouraging enough. It’s melodic – symphonic metal, with a strong folk color, giving a not so ordinary shadow over the ten album compositions. What has impressed me the most is the right structure of the songs inside the c.d. as well as the structure of every song separately. Melodies put in the right places, good riffing, inside a project where everything is where it’s supposed to be, having a clear heavy orientation over orchestral parts.
Arven are off to a very good start, even though they address to a relatively limited audience.