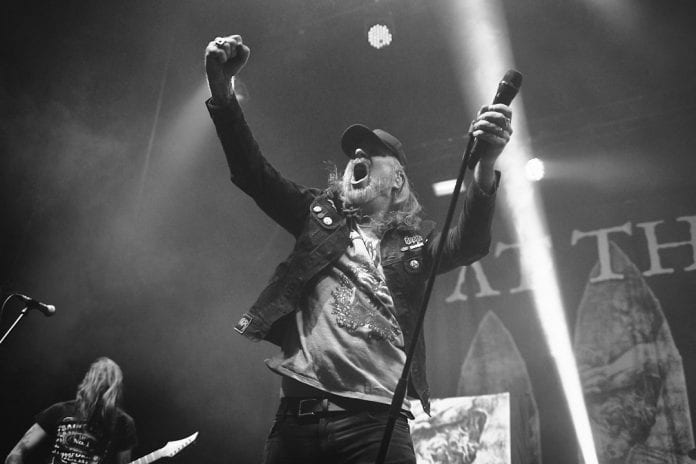 It’s not the third, like I kept writing in the article and the interview with Adrian Erlandsson. My mind isn’t obviously in the best state (like that’s new) and I forgot their show on Rockwave 2013. So, the fourth visit of the legends At The Gates in Greece was with a nice death metal line-up in the best live venue of Athens. 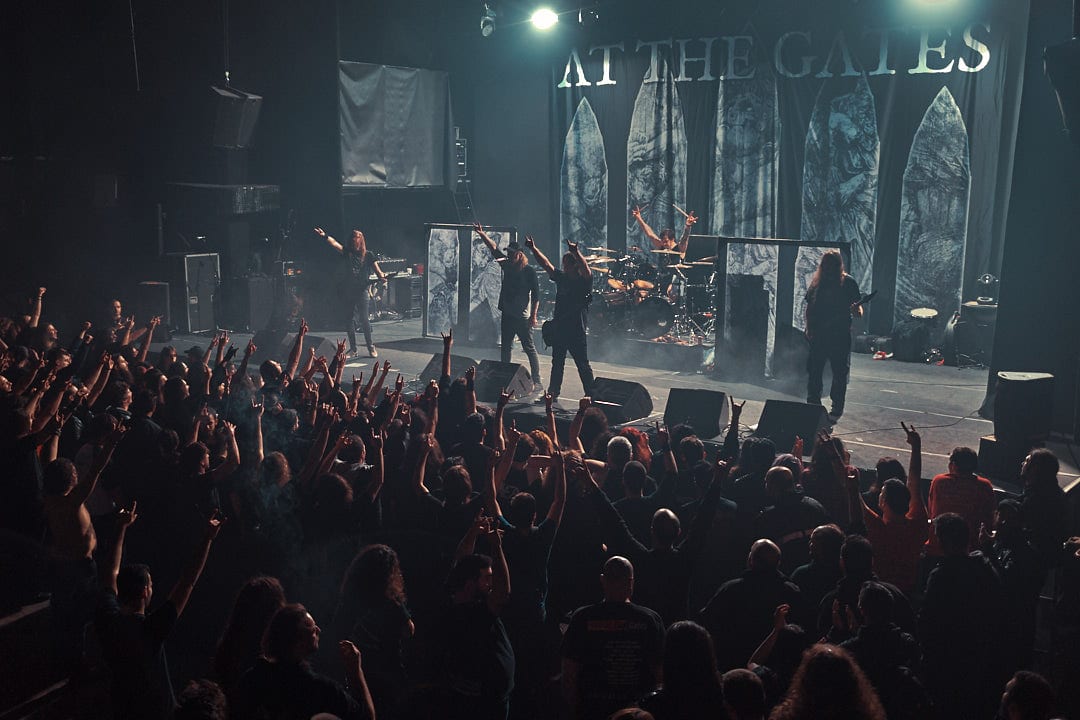 With a small delay, the doors opened. Entering the Academy, Memoriam had already started their set and I could hear them playing “Drone Strike”. Founded by veterans of the British metal scene, they have released already two albums and to be clear about something: THEY ARE NOT THE CONTINUITY OF BOLT THROWER like many tried to convince us. Something that their singer Karl Willets (ex-Bolt Thrower) also stated because they have different sound and just one guitar player. With good attitude they gave a nice performance, declaring their love for the (European) death metal sound. At some point, something strange happened as Scott Fairfax left the stage (problem with his guitar?) and surprised not only us but the band as well. Karl didn’t waste much time, sat down and started joking with the fans with this unique British accent, together with bassist Frank Healy. Until he said what everyone wanted to hear: “I see some Bolt Thrower t-shirts down there”. When Scott came back, “Spearhead” caused havoc among the fans. An honest and true performance from a band who knows what to do on stage. 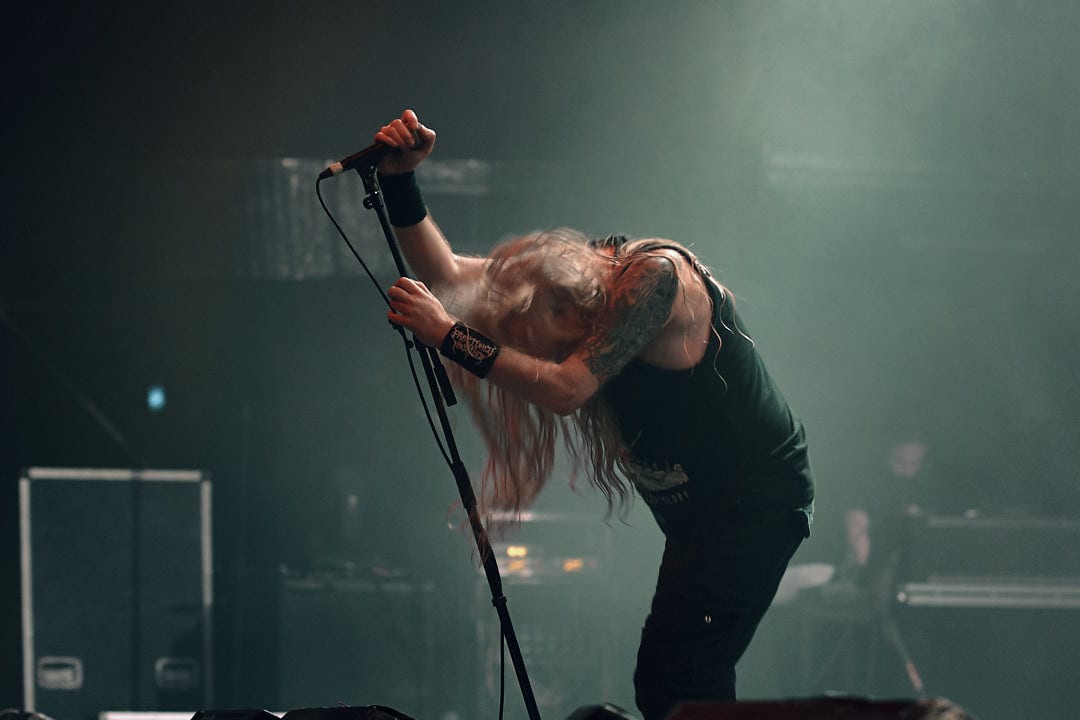 For next, the last month addition of Unleashed. The Swedish death metal act came to perform for the first time in Greece. With a journey of almost twenty years, steady line-up for fifteen years and thirteen studio albums, they tried to cover the biggest part of their discography having the time for a full-set. Many people came to see them and I don’t think that they left disappointed. With very good sound and their frontman Johnny Hedlund constantly trying to make the crowd participate in the show, they played many songs. Some old ones like “Before The Creation Of Time”, “The Dark One”, “Into Glory Ride”, “Execute Them All”, “Death Metal Victory” as well as new ones like “Stand Your Ground”, “The Hunt For White Christ”, “Hammer Battalion” and “Your Children Will Burn” among others. Even if I never was a fan of them, their show was fully professional and their oldest songs particularly interesting. One is for sure, they made me want to know them better from now on. It’s never too late after all. 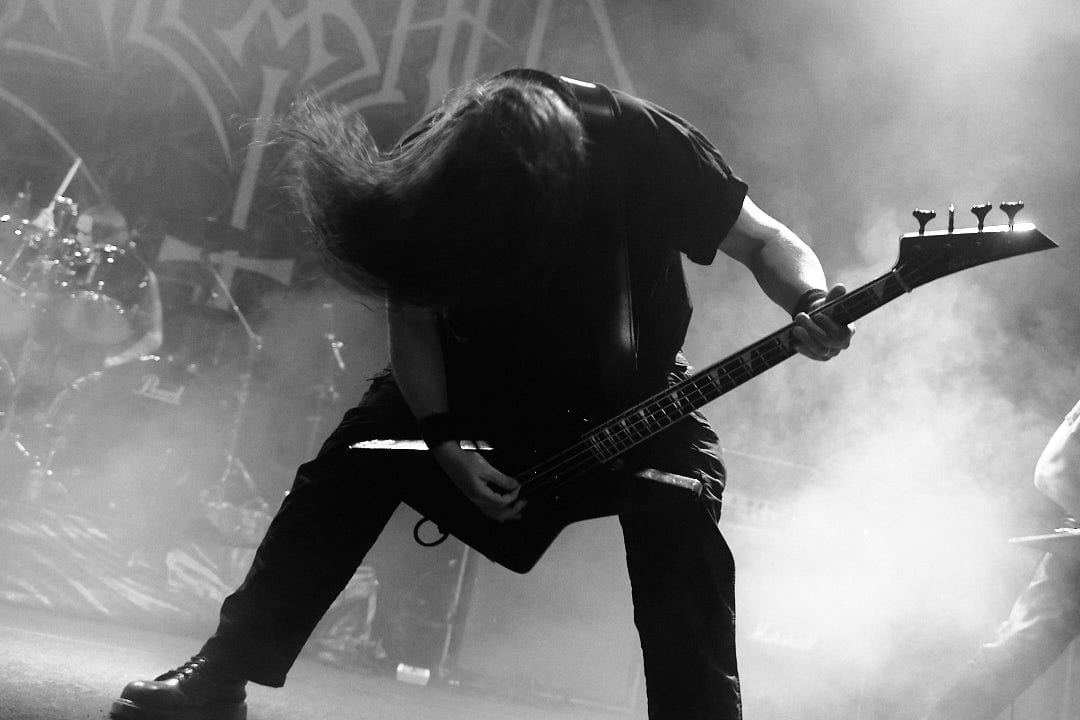 The wait for the change of scene and the necessary soundcheck didn’t last long. The lights went out, the intro filled the space and “To Drink From The Night Itself” stated the beginning of this night’s end. The Swedes came on stage and started collecting scalps. “Slaughter Of The Soul” was next, the fans went crazy (and a particular ape started kicking everyone to get to the front) and things started getting intense. “At War With Reality” proved that At The Gated don’t have only a glorious past, but also a bright present (and future) because the fans didn’t stop declaring their love for them in every way. The songs kept coming without big pauses, because Tomas Lindberg was surprisingly laconic. He was just thanking us without much more. 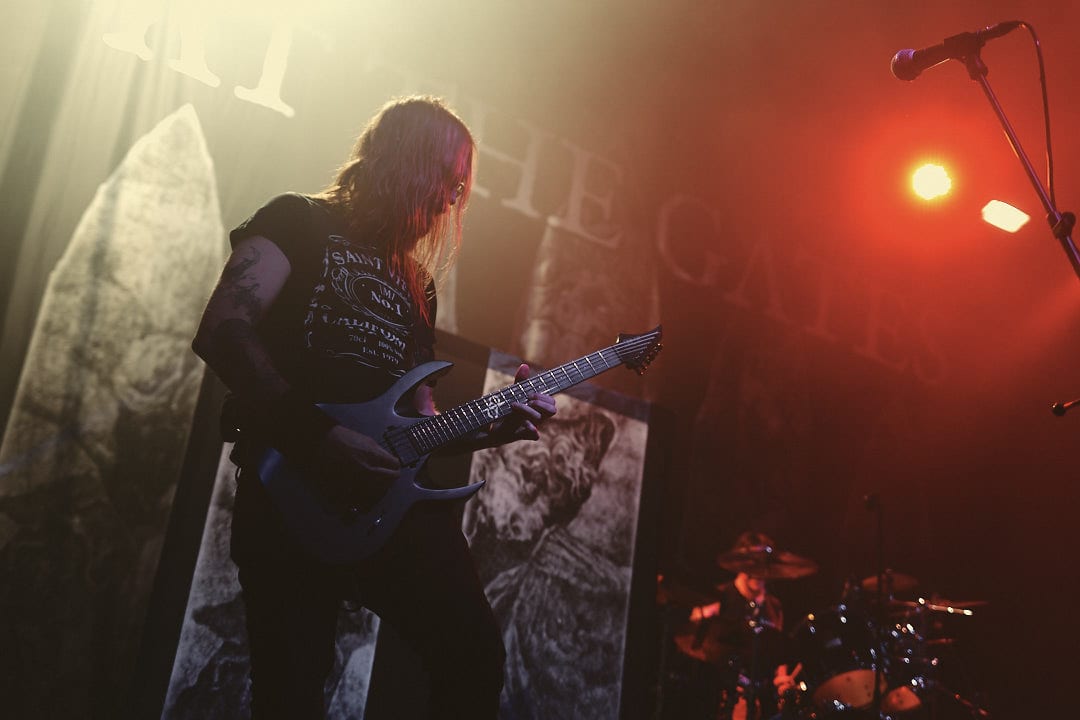 Of course, I can’t but mention the new guitar player Jonas Stålhammar who filled successfully the place of Anders Björler by taking most of the lead guitar parts and was playing as if he was much longer than one year in the band. Adrian Erlandsson kept torturing his drum-kit, Martin Larsson was steady as a rock in his guitar parts and Jonas Björler was vibrating the venue with his basslines. But the only one who left me with mixed feelings was Tomas Lindberg. For some reason that I can’t understand, he put echo in his vocals. It’s a completely useless choice and I can’t remember if he used it again in the past. Fortunately, it was tolerable and wasn’t even close to something similar done by David DeFeis (Virgin Steele) but still, not a wise thing to do. His iconic voice sounded unchangeable, with the characteristic tone and aggression, but the question remained. 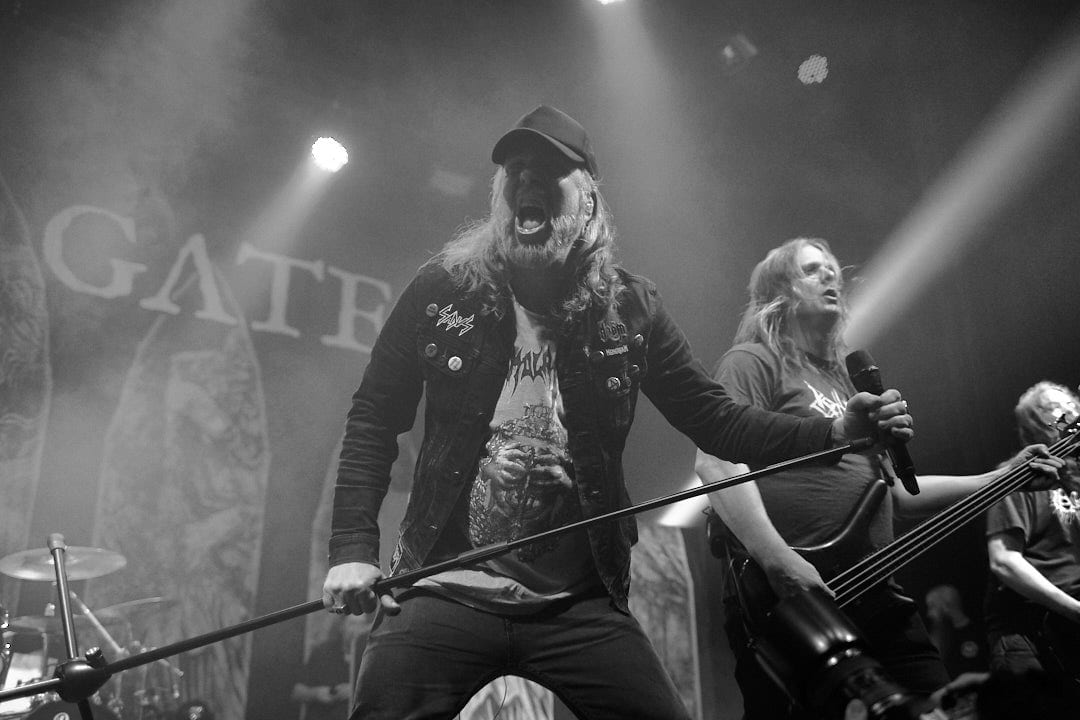 At The Gates put on a great show, honoring of course the last two albums after the reunion and the masterpiece “Slaughter Of The Soul”. From the first three, they played one song from each one. The setlist was meant to cause severe neck problems, it’s not that hard after all with all the hymns they have created. They are an amazing band and it’s always a fantastic feeling to see them perform live. My only complaint (besides the voice effect of Lindberg) is that they didn’t have good sound. But, in general, this was a death metal night that I don’t think it left any of the fans dissatisfied. When will they return?

Setlist: To Drink From The Night Itself, Slaughter Of The Soul, At War With Reality, A Stare Bound In Stone, Cold, The Circular Ruins, Death And The Labyrinth, Daggers Of Black Haze, Under A Serpent Sun, The Swarm, Raped By The Light Of Christ, The Chasm, Heroes And Tombs, Nausea, Suicide Nation, The Book Of Sand (The Abomination), Blinded By Fear, Kingdom Gone, The Night Eternal