At The Gates are visiting Greece again. This is enough to motivate someone to see the great Swedes, but it’s also an opportunity to look back on their journey. 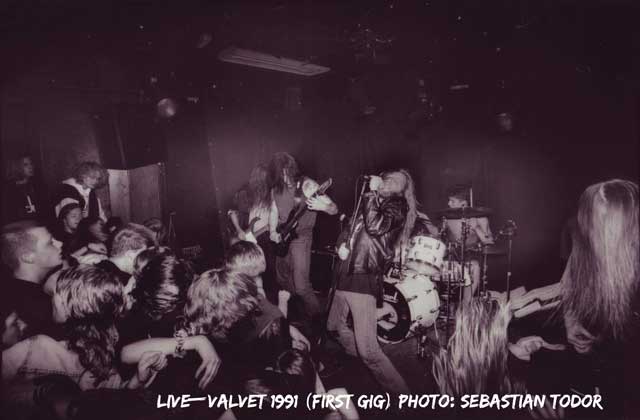 They were founded in 1990 in Gothenburg, the city that gave the world the unholy triad of the melodic death metal that influenced so many bands and created a whole new scene. The other two are of course Dark Tranquillity and In Flames and I restrain myself from telling what a joke the latter have become. Oops, I think I did it after all. At The Gates of course didn’t have the same duration with their fellow citizens. In just four years they released a same number of albums and managed to make their name widely known. “The Red In The Sky Is Ours” (1992), “With Fear I Kiss The Burning Darkness” (1993), “Terminal Spirit Disease” (1994) and “Slaughter Of The Soul” (1995). Their sound was instantly recognizable and Tompa’s screams made countless vocalists to try and imitate his unique voice. 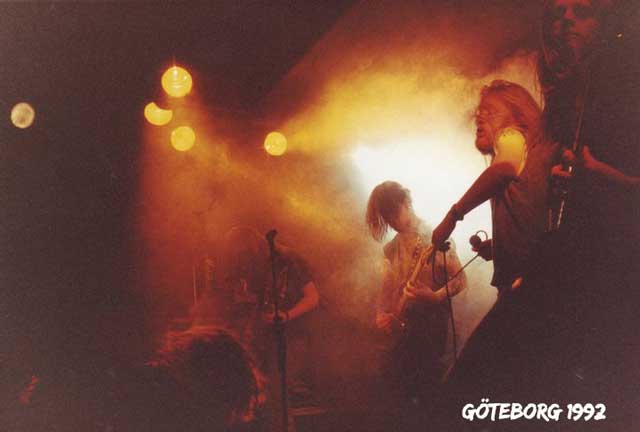 And then…goodbye. It was 1996 when they announced that the band was no more. From the very few who stopped during the best period of their career. And this period of course, was “Slaughter Of The Soul”. Probably the best melodic death metal album ever. And one of the best not just in the history of extreme metal, but in heavy music in general. An everlasting masterpiece. You listen to it today, twenty and more years after its release and it sounds better than many modern records. The future for their members, is well known to most. The twins Anders Bjorler (guitars) and Jonas Bjorler (bass) moved on and formed The Haunted, together with Adrian Erlandsson (drums) who also played in numerous other bands like Cradle Of Filth and Paradise Lost. Tomas “Tompa” Lindberg (vocals) is also involved in many other projects (Disfear, The Great Deceiver, Lock-Up, Nightrage) while Martin Larsson (guitars) is the only one who stayed mostly inactive from the metal scene.

Until 2007 when the Swedes announced their reunion tour with huge success that also came through Greece. The show on Gagarin on 21/09/2008 was meant to be their last one ever. Two years later, the 3-disc DVD “The Flames Of The End” was released that featured the history of the band, their show on Wacken Open Air in 2008 and many live videos from various places from 1991 until 2008. A must-have for every fan of the band. 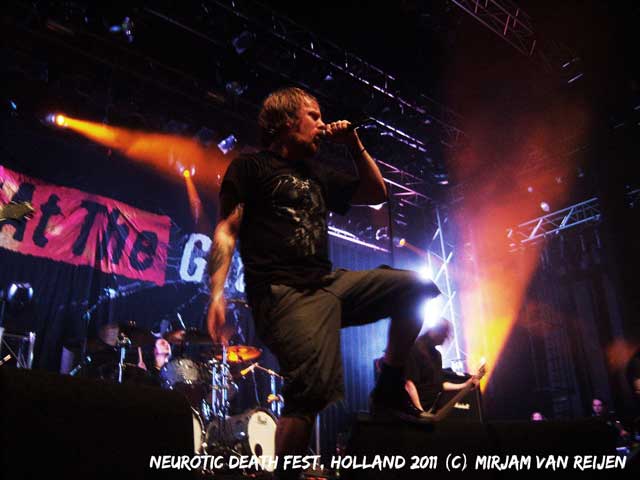 Fortunately, this was not the end. At The Gates continued in 2010 just for live shows according to their plan. And this is where I want to say that this is the most honest band reunion I remember so far. We see many bands being reformed after a long time and they move with such haste with the results being bad albums and departures of members again and again. This was a different case. They let things happen on their own, without rushing into anything. They saw their fans wanting more and more, so they continued without planning to record a new album. With respect to their legacy, they knew that they had to release something really good.

And they did. It was 2014, seven years after the original reunion, when “At War With Reality” reminded us (not that we’ve forgot it) what a tremendous band they are. Their tour brings them once again to Greece and it’s obvious that they are back for good. Until the departure of Anders Bjorler, who had also left The Haunted in 2012, having lost his passion for metal music. Many had doubts about the future of the band, but something like that didn’t affect them at all. The new member is Jonas Stalhammar (bandmate of Lindberg and Erlandsson in The Lurking Fear) and “To Drink From The Night Itself” came to wash away any doubt. Another great record, another proof of their quality. Nothing can stop them now. 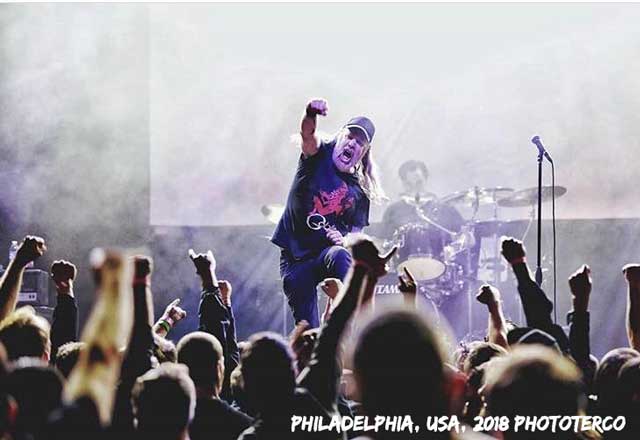 With them in Athens we will have the privilege to watch Memoriam, the band that consists of former members of Benediction and Bolt Thrower. They were founded in memory of Martin “Kiddie” Kearns, drummer of Bolt Thrower who passed away in 2015. Also, the last-minute surprise that is Unleashed, one of the most classic death metal bands from Sweden with almost 30 years on their back and 13 albums in their discography.

Many times, we start to appreciate a band when we see how much we miss it. At The Gates were away for a lot of years. Let’s not forget how lucky we are that they are alive and kicking and visiting Greece again. This is after all a legendary band. The night of November 30th, for the fans of death metal, there is only one road: the one that leads to Piraeus 117 Academy. Under a serpent sun, we shall all live as one. 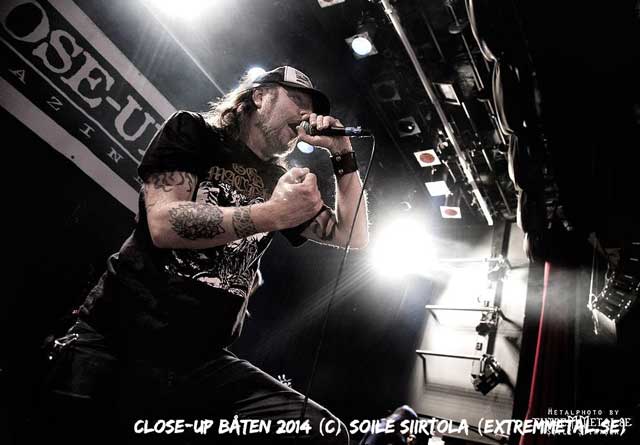