It was one of those concerts that brought (again) in light Jon Lord’s majesty and compositional brilliance. What Lord had achieved with Deep Purple is well documented and the fact that his overall contribution is unanimously heralded by the rock community says it all. So, every time the chance arises to introduce his music to a “different” audience then we definitely wanna be there so as to witness this rare crossover where rock music reaches out to pop culture (in the positive definition of the term). After all, Jon Lord (and I guess Deep Purple) had long passed this restrictive boundaries. 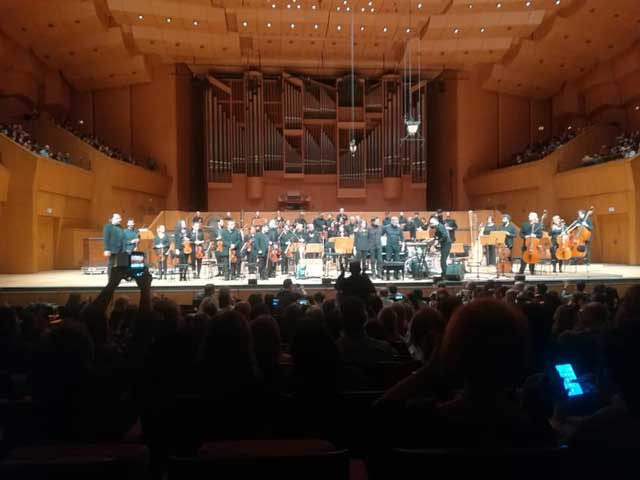 In the impressive venue of Music Megaron, a 25-piece orchestra joined forces with a rock outfit in order to recreate Lord’s famous “Concerto For Group and Orchestra” plus his solo album “Sarabande”. The fact that the former was introduced almost 50 years ago and it sounds as fresh and vital as any current piece of music, it clearly shows its timeless character. The groundbreaking idea of bringing together classical and rock music was an eye-opener and it paved the road for many similar attempts out there. The 25-piece orchestra was really impressive and it really blended with the rock outfit that had the luxury of including some very (very) accomplished musicians. Especially the female guitarist, Irene Ketikidi, would definitely make Ritchie Blackmore proud with her guitar work (especially in the third movement of “Concerto”…). Also, the singer Emilianos Stamatakis almost reached the quality level of Ian Gillan’s voice. He did a fabulous job bearing in mind that he had the unsurmountable task of recreating Gillan’s famous screams during “Child in Time”. Last but not least, Panos Politis’ presence behind the Hammond and the synths during the live presentation of “Sarabande” was the extra push that the overall show needed.

All in all we were treated with the three movements of “Concerto…”, “Sarabande” and an encore that featured “Hush”, “Lazy” (instead of “Wring That Neck”) and “Child In Time” which was the absolute highlight of the evening as it was of course the most recognizable song to the otherwise non-rock audience of that night. Congratulations to everyone who thought of this and we sincerely hope to witness more similar concerts in the near future. 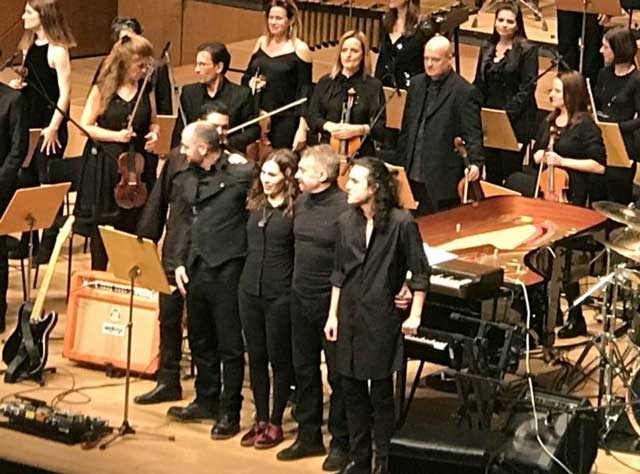