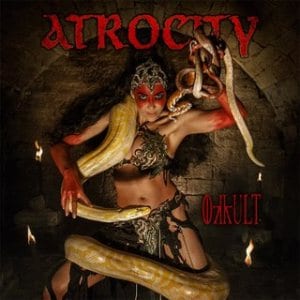 Since the beginning of “Okkult”, it becomes clear that Alexander Krull and his band, present the follow-up album of “After The Storm”. While it’s not the same, it’s of the same quality, that has improved, compared to the middle of the previous decade.

The long period of quality stagnation seems to be over, or at least, that seems what Germans are trying to manage.

What we have is a quite good death metal album with powerful and “fresh” tracks, I would say aggressive enough, while the orchestras give also a black metal feel in the album. Furthermore, the guitars are on fire, as they attempt many solos and many times give the sense of pure metal.

“Okkult” is a pretty good attempt by Atrocity to reach again the top and this great musician called Alexander Krull has the ability to make this happen.

Until then, I believe that the fans should give the new album of Atrocity the chances they deserve.