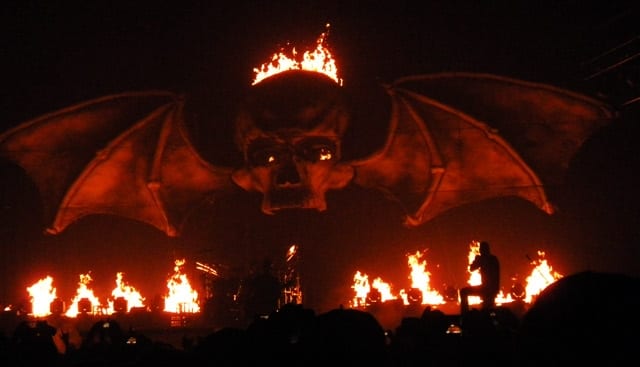 The last time I saw them was again in London two years ago playing at the Hammersmith Apollo, C / O Headliners with Stone Sour. The capacity of Hammersmith somewhat exceeds 5,000. Wembley’s Arena capacity is 12,500 and in our case it was sold out!

I begin this way to emphasize the big steps forward the Americans have made the recent years and that now they have reached the top of the global metal, even if somewhere in the Balkans people haven’t been informed of what is happening in the international music stage. 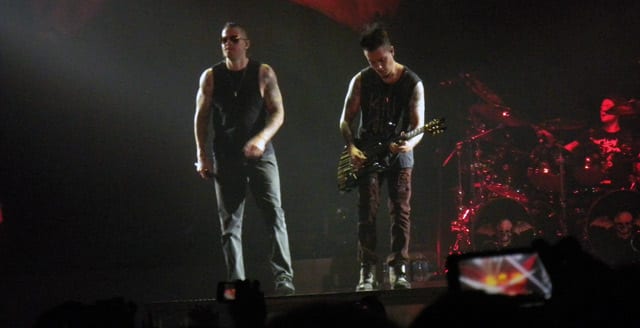 The performance of Avenged Sevenfold followed those of Device of David Draiman and Five Finger Death Punch which I unfortunately didn’t catch as I anxious arrived from Wales.

Twenty minutes before the performance of the headliners of the evening, Wembley Arena was filled with people (mostly of them were young), awaiting for them with excitement. “Back In Black” was playing at the speakers and then the first sounds of “Shepherd On Fire”. Wembley was literally on fire! I really, I have never seen so many fires on a concert stage. At the upper part of the stage there is a huge, burning for most of the concert, bat – skull (trademark of the band), but also the background of the stage is constantly on fire. The crowd accompanies every verse of M. Shadows and every note of the rest of the band. Four tracks from the brand new “Hail To The Kill” as well as from the entire discography of the band created a very balanced set which was combined with an incredible performing. For a hundred minutes, the band made even the most skeptical to understand why is so high and, unfortunately for some, by no means accidental…

Just before the encore, Shadows asked the audience “It’s Sunday today, don’t you have school tomorrow?”. He received a long “Nooooooo!!!!!” from the crowd and he closed the concert with “Chapter Four” and “Unholy Confessions” in a real pandemonium.

To my opinion this performance of Avenged Sevenfold is a sample of the high level of the band which is now in its best period, while I choose as the best moments the performances of “Hail To The King”,“Buried Alive” when Zacky Vengeance broke his guitar and the amazing “Your Fucking Nightmare” which made the fans scream during its refrain ending. 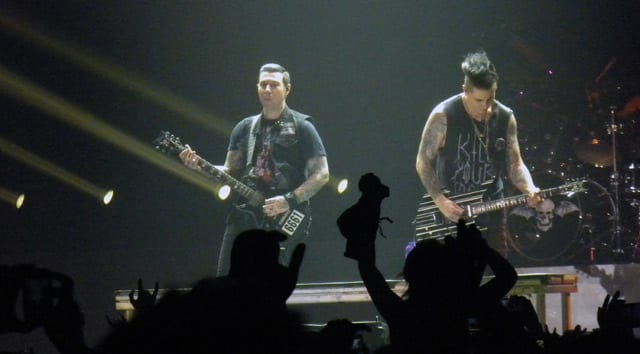