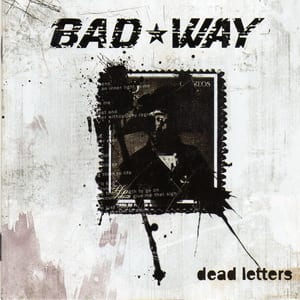 This is the second album for the band from Catalonia, Spain, released eleven years after their debut. Should I assume that this debut was not heard at all? Most likely you haven’t heard anything about the band so far.
Bad Way is a Rock / Punk / Hard Rock and a bit of Pop band and “Dead Letters” will offer you a rather pleasant listening. We are not saying it’s something super, however, one can easily listen to the their music, whether he is into their type of music, or not. The truth is that over the past few years Rock is missing easy listening and fine projects and that’s a positive feedback for the band.
I’m not in position to know the band’s goals with a self-financed release (featuring remarkable attributes though), a delayed release such as this and a website in Spanish only. However, focusing just to what I listened to, I would say that my opinion for Bad Way is positive.