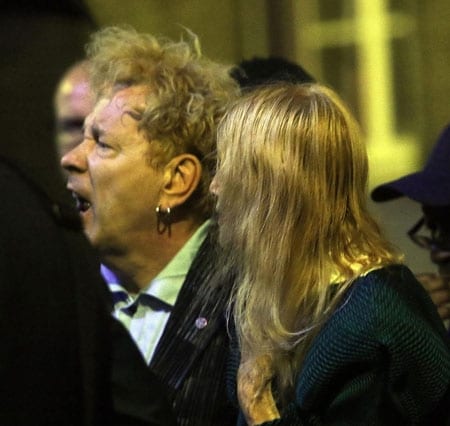 Sex Pistols frontman, Johnny Rotten, couldn’t attend a party that was thrown in his honor because he was drunk and wasn’t allowed to enter the bar. After the screening of the documentary “The Public Image Is Rotten” at Leicester Square last Saturday, where according to members of the audience he was already drunk, went to a near bar to attend a party for the film. There the staff wouldn’t let him in due to his intoxication. Rotten tried to get in three times with his wife Nora, explaining that he wanted to attend the party which was in his honor, but neither did he, or his entourage was allowed to attend. An onlooker said to the Sun newspaper that got the exclusive story: “Only Johnny Rotten could be banned from his own party, but he was barely able to stand. He played the perfect hell-raiser.”