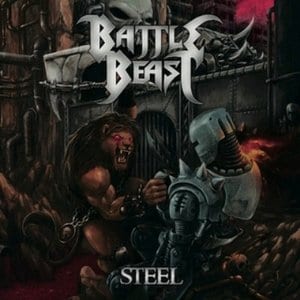 Finnish band had released their debut in April 2011, however it’s different now, with Nuclear Blast in the game. The album is circulating all over Europe and the band has done some amazing stuff in the past, hence the presentation of a sextet playing Metal and Heavy Rock. When I first listened to them, Warrior, Accept and – naturally – the 80’s popped into mind. Yeah, I understand that during the first song the riff is really close to “Man on the silver mountain”, yet we are not going to judge an entire album based on a detail!
“The band of the hawk” and it’s storming in 6/8! Guitars sound so titan and powerful, both whilst riffing and soloing. You’re gonna need some time to get acquainted with the vocals, due to the voice color. Back vocals are totally Accept and we dig them to the core, while keyboards add a massive baroque-ish character to the songs you’ll fall in love with, they make them really epic!
I don’t have a clue whether you know about them guys or not, however I must inform you that this band is really into it! They have played with Blaze a bunch of shows and they have won the Wacken Open Air competition in their country, played in the biggest Metal festival in the world, receiving numerous sponsorships!
“Shake the world with Metal, shake the world with Steel, shake the world with Heavy Metal”! Yep, we find ourselves in the MesoEightiesic period, watching Metallosaurs feasting on unsuspected bystanders. No, we are not looking for sanctuary… Songs are four min long, only two of them are longer than five minutes and riffs are sooooo catchy. Tracks are so easy to listen to and mainstream keeps on trading places with epical element. Yeah, these things do happen! Listen to “Die Hard Warrior” and you will know. Man, this is one heck of a song! They will invade Europe soon? Kewl! Where’s that darn Greek date on the map? Don’t see it, hope for it… Die Hard!