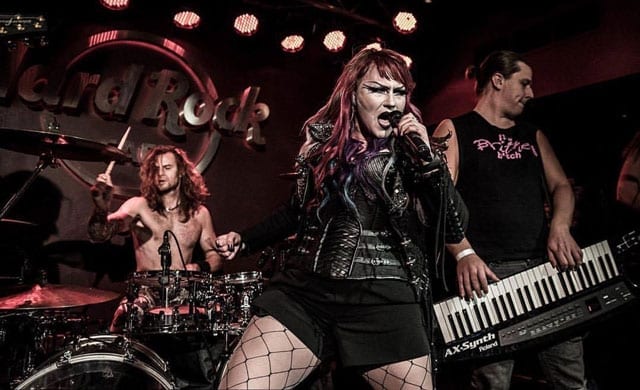 I wouldn’t miss this tour of Battle Beast because not only they had a great new album to promote but most importantly they are one of the best live bands I have ever seen in my life. It’s like a…beast ready to be unleashed when it comes down to their live shows. It’s been two years since I last show them during the Unholy Savior Tour and I decided that now it was the right time to pay them a visit in their own country. So our trip to Helsinki was really a no brainer and it was arranged at once. Luckily for a Greek guy the weather was surprisingly good and it didn’t rain at all.

Nosturi Club is a wonderful venue that it is located right beside the harbor and it holds approximately 1000 people. The show was sold out and Battle Beast were really anxious to hit the stage as Noora told us before the show in an exclusive interview that it will be published soon on Rockpages. 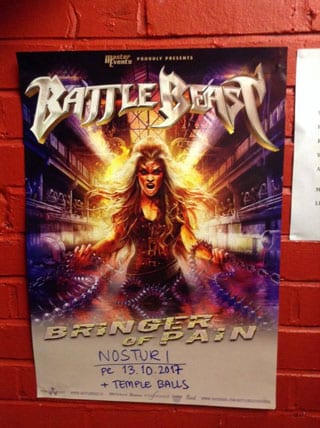 The Finnish quintet of Temple Balls was the opening act and they proved to be an ideal one as they perfectly warm up the crowd with their old school rock n roll sound. Just imagine something in between Thin Lizzy and Hanoi Rocks with a modern sonic twist in there. They were absolutely professional and well-rehearsed and their songs are so uplifting in the good old sense of rock n roll. You should definitely check them out. 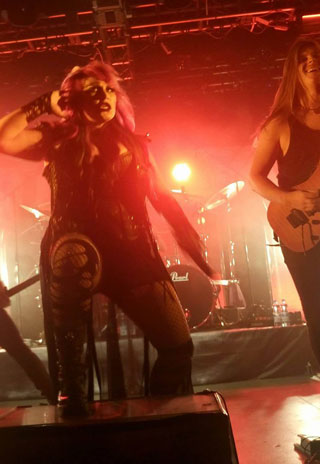 At exactly 22:00 the first notes of “Straight To The Heart” rushed through the speakers and the time has come for the mighty Battle Beast! The atmosphere was amazing and the fans didn’t stop at any point singing along and supporting the band. It was like being in Greece, really! Battle Beast is like superheroes in their own country and we really enjoyed the interaction between the band and the fans. What can we say about Noora that hasn’t been written yet? Personally, I believe that she is the best female vocalist in the music business nowadays. Her performance is impeccable and her technique is flawless. She had absolutely not a single problem in handling the crowd with her imposing presence and the rest of the band followed with an amazing show, too. It’s crystal clear that they all have a great time on stage and they seem really reborn! The sound was excellent and the light show together with the smoke props created an impressive image!

The band played almost the entire “Bringer of Pain” album and the crowd absolutely loved it. Needless to say that classics like “Touch in the Night”, “Let It Roar”, “Black Ninja”, “Out Of Control”, “Into The Heart Of Danger” went down amazingly well, as it was expected of course. 90 minutes later the show was over and we were already making plans for the next tour. As a closing note, I’d say this: Don’t miss the chance to catch Battle Beast live on stage. Trust us…it will be a life-changing event for you! Until next time… 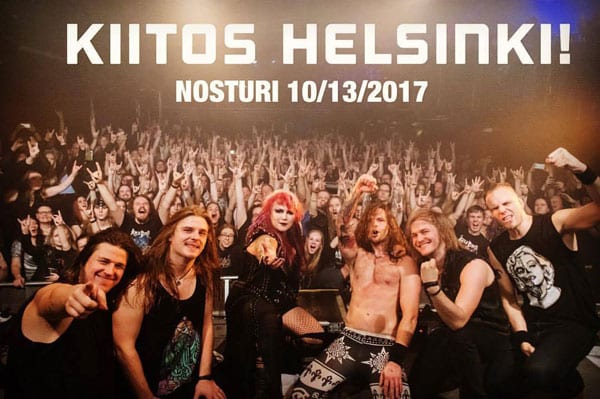