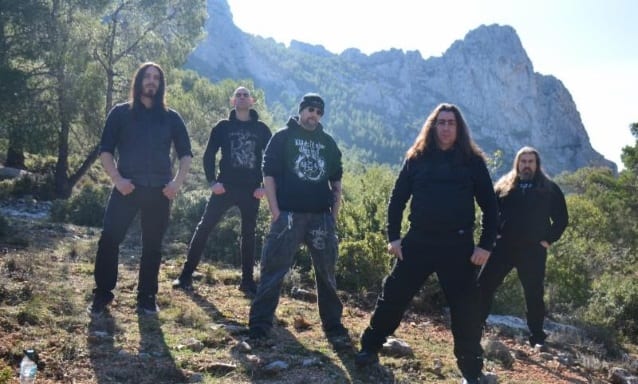 Greek epic/power metal force BATTLEROAR is currently putting the finishing touches on its fifth full-length album, “Codex Epicus”. Due on June 15 via Cruz Del Sur Music, the follow-up to 2014’s “Blood Of Legends” was recorded at Devasoundz Studios in Athens, Greece and will feature a guest appearance from someone very familiar to fans of epic metal: MANILLA ROAD guitarist/vocalist Mark Shelton. The cover artwork is being created by Vagelis Petikas of Revolver Design.