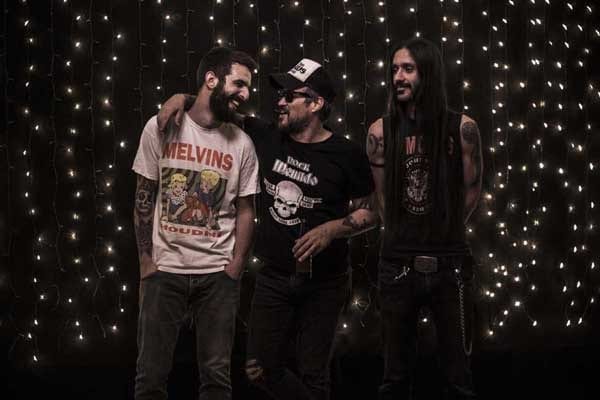 Greek heavy/stoner rockers, BEGGARS, have released their brand new official video and radio single for the song “Book Of Days”. The track is taken from the band’s upcoming album “The Day I Lost My Head” which will be released on August 10th, through ROAR! Rock Of Angels Records in Digipack CD and Black Vinyl (limited of 300 copies). The video can be viewed here: https://youtu.be/8ewRtT7nWgk

THE DAY I LOST MY HEAD is the 5th studio album for the athenian rockers BEGGARS. Their raw power, heavy guitar riffs and groovy rhythm section will reveal their taste of rock music, or how it should be supposed to be played nowadays. Yannis’ voice and lyrics will guide you through their trip since their beginning until now. “This album is dedicated to our beloved Night Swift Crew. “The Day I Lost My Head”, is the story of what we’d been through the last few years and made us stronger.” *** Members: Yannis Passas – Vocals / Guitars Chili– Bass Petros Kotsidas – Drums