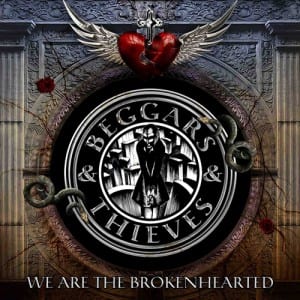 Sometimes, when you’re reading about a band and the things that happened to them over the years, you can’t stop wondering… “Dude, is this for real or is it a darn movie”? Truth can be a thousand times more fictional than fiction… Especially when it’s about one’s downhill… The American started with the best signs. They did a GREat Hard Rock album back in 1990, received numerous positive and praising reviews; then they entered the studio for their sophomore. They had the connections, they had the means (Q-Prime management)… However… A year later grunge bursts out, with all those catastrophic consequences for the serious Rock bands. Labels were dropping all those who knew how to play, desperately seeking those who could make noise. Yet the band didn’t let go. Their second album was finally released in 1997, the band had their bumpy rides and in 2010 they played at the Firefest festival, they were met with nearly an apotheosis and considered things all over.
Louie Merlino possesses a spectacular voice, featuring a very special color and lots of passion. He’s really into those catchy radio-hit songs with AORish extensions and all. On the other hand, Ronnie Mancuso is the guitarist of the riffs and some amazing themes. Full solid Rock, heavy and melodic and some choruses you’re gonna remember for a long-long time. “Seven seconds” is a characteristic songhit, same goes for songs the likes of “We come undone” and “Midnight blue”… Electric and acoustic guitars get engaged and loving, mid-tempo inventions lead safely and we already picture ourselves near front row, singing and dancing to their songs, completely ignoring “the others” staring at us. They shouldn’t!
Melodic Rock fans should give it a try… Oh, for those still trying to remember some things from the early days, Hugh McDonald (bass in Bon Jovi) was the one playing bass over their demos, whilst Desmond Child was the demos producer.