The first ever performance of the great Californian was “damned” to be accompanied by various phenomena… Originally it had to surmount the rally of “Yes” friends in Sintagma square and then the heavy rain that was falling from the beginning of her show for which the Attica sky had warned us about quite some time before.

Around 21:30 the atmosphere seemed quite unique. At that time, and under a downpour, Beth Hart with her four piece band added the sounds of “Tell Her You Belong To Me” to this atmosphere and lashed both the seated and the standing audience who had the chance to be at Technopolis. Even though the rain was quite annoying during the first half hour it was a very beautiful spectacle.

I say “chance” since the magic that came out from the singer’s incredible voice and the unique performing was something that we rarely see in Greece. As much as her personal hits excited the audience what really aroused them was the performing of “Whole Lotta Love” originally by Led Zeppelin with which she closed her regular set. During the whole concert and when she wasn’t sitting behind the keyboards, she was rambling about the stage “playing” with the crowd on the first rows who responded in excitement. 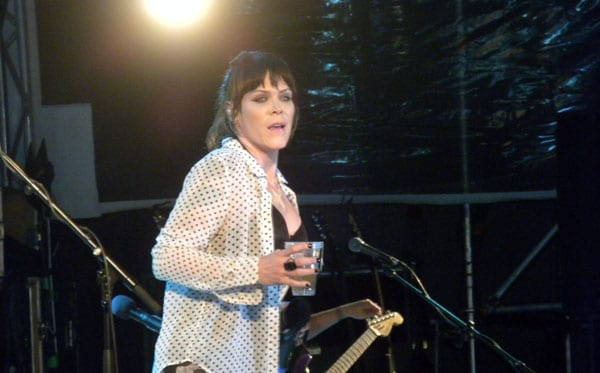 It was a really great show from a worldwide known artist who has worked with and has been applauded by huge names of music during her career.  She cordially said goodbye to the 2.500 attendees with a medley of ‘L.A Song” and “Leave The Light

On” after a, little less than, two-hour show.  The people were leaving probably feeling justified of their choice, one of the very few ones that the music lovers will have this summer.

Setlist: Tell Her You Belong To Me, Can’t Let Go, Better Man, Bang Bang Boom Boom, One Eyed Chicken, I’ll Take Care Of You, Lifts You Up, Delicious Surprise, Might As Well Smile, Better Than Home, If I Tell You I Love You, Rather Go Blind, Whole Lotta Love, Trouble, St. Teresa, L.A. Song/ Leave The Light On 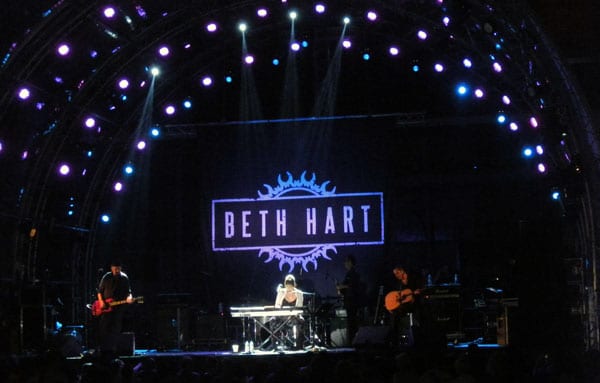