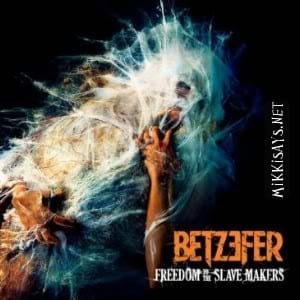 Betzefer is a musical outfit from Israel and despite the fact that they’ve been around for almost 12 years now, this is only their second studio album. Since I haven’t listened to their debut, I can’t make any comparisons or parallelisms but I can definitely say that “Freedom To The Slave Makers” owes a pretty good deal to Pantera’s and Sepultura’s heritage but also to the current aesthetic of Machine Head. The brutal vocals and the drum blasts are surely reminiscent of “Far Beyond Driven”.
Their modern metal with the groovy thrash passages and the excellent production of Warren Riker (Down) are sufficient enough for everyone to see that Betzefer is capable of achieving something remarkable in the future.
Betzefer seems to be a force to be reckoned with…
Highlight: Betzefer is the first band from Israel that has signed a deal with a multinational label (Roadrunner).