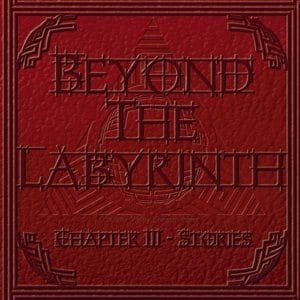 Beyond the Labyrinth comes to us from the (not so) distant country of Belgium. The band is 16 years old, but their first release was in 2005. Their second release was in 2008 and today they released “Chapter III – Stories”.  The band has had several line-up changes since 2005. So they have managed to evolve their sound.
“Chapter III – Stories” is developed in 12 well played songs. The sound ranges from melodic ballads, progressive rock and hard rock. “Girl With the X-ray Eyes” opens the album and gives a pretty good taste of what will follow. The compositions are very strong and the choruses are quite “catchy”. I can’t say that there is a bad song in this album. This might not be a concept album, but all the songs are very coherent and seem to act as one.
One big flaw in this album though is that all the songs are really predictable! From the beginning of a song you can easily predict the rest of it. And to add insult to injury in 99% of the songs the title of the track is the chorus.  I feel really bad about this because the songs as singles are really good.
The song “The Darkest Page” which is exactly in the middle of the album is an excellent example of the possibilities of the band. I distinguish this song because it could easily be a soundtrack for a movie. And a good soundtrack too!! Also, the “Peter Principle” is a very good example of a Progressive Rock track.
Just because there is nothing modern in the compositions, this album could be very bad if there was old-fashioned production. But the production of the album is very modern and it helps give a touch of nostalgia.
In “Chapter III – Stories” we understand that the band has great potential to write songs with beautiful and catchy melodic lines. Maybe if the album was shorter in length we could have talked about one of the biggest surprises in 2011.
P.S. Respect to the “Raise the Horns” song which is dedicated to… well you know to whom!!