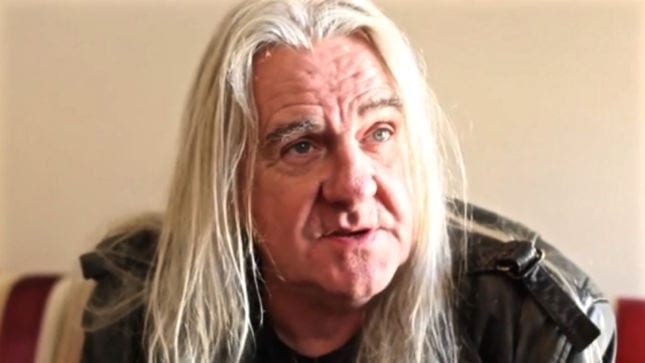 For Canada’s The Metal Voice former singer of Anthrax Neil Turbin caught up Saxon’s front man Biff Byford and guitarist Doug Scarratt at the Belasco Theater in Los Angeles.
When asked about Details in regarding their up and coming new album:
“On the next album we are going to do a duet with somebody, maybe, that’s quite hardcore with us. We have recorded seven songs already, we are actually got three more songs and going to write three-four more. I finished the vocals before we came on tour. We rent a studio while we are at the festivals, a week of studio. It will be produced by Andy Sneap. He has gone off to do Judas Priest while we are here and when we get back in September will continue, it will be out 2018, maybe January? I have done some about lyrics about Nosferatu the Bram Stoker thing (Vampire Count Orlok) a very dark song and I am also doing a Motörhead song called ‘They Played Rock And Roll’.”