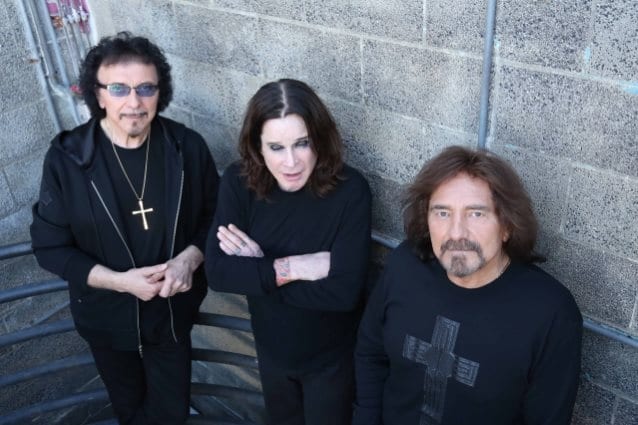 Tony Iommi says that it was “really strange” to be “saying goodbye” to his BLACK SABBATH bandmates after the completion of the group’s farewell tour.
SABBATH finished its year-long “The End” farewell tour on February 4 in the band’s hometown of Birmingham, England, closing out the quartet’s groundbreaking 49-year career with an emotional 15-song set.
Speaking to Red Carpet News TV at this past Monday’s (June 12) Metal Hammer Golden Gods Awards in London, England, Iommi stated about SABBATH’s final performances: “I think the whole tour, for us, was great, but the last shows were — because we knew they were gonna be the last shows… it didn’t quite sink in properly until sort of afterwards. And even afterwards, because we’d done three days of filming after that for the DVD, so we were still together. But after the three days of filming, that was weird, because we were saying goodbye to each other, and it was really strange. But to see the crowd on those last shows was spectacular. There was people from all over the world and all the emotions coming out. I mean, you could see it from where we were. [It was] fantastic.”