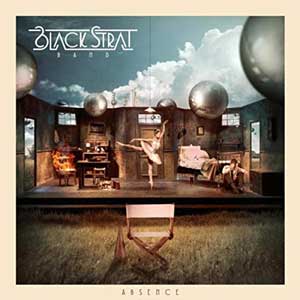 The band from Corfu exist since 1999! They have collaborated on stage with Joe Lynn Turner and Puressence among others, while their first album was released in 2016 (“Black Strat”). This year’s “Absence,” a serious progressive / classic rock work of art, is released. Already from “Nostalgia”, which is the first of 8 compositions, the listener understands that this is a seductive, firm band and that the album will be worth it. Following this instrumental introduction, the album unfolds. Pink Floyd (Gilmour’s guitars in particular) and Eloy are their main influences, and their progressive slow tempo compositions that have the appropriate durations for the genre (over 6 minutes) cause intense emotions and consist of several alternations without getting tiring.

“Personal Demons” is really excellent, with awesome escalation and solo, which drives or is probably basically tied to “Dead End” where their love for Eloy is clear. Beautiful composition, but the one that follows is the most emotionally taut, since it concerns the little Syrian Aylan Kourdi that was washed out on the coast of Turkey, trying to live a better tomorrow. The eponymous “Absence” is the biggest and best song of the album, with the bluesy / The Doors keys driving the music. An amazing point at about 4 minutes, where the pace of the drums leads to 6 minute solos!

“The Unexpected Guest,” sung by drummer Kostas Soueref, is a composition with a mysterious aura, which is enhanced by his vocals, with a Bowie tone instantly perceived. “Darkness” has one of those choruses you want to sing, it is melancholic (I understand it is about depression) and has a travelling aura, once again containing a solo that reminds of both Gilmour and Clapton. The impressive “Rough Times” closes an album that meets all specifications as a very good progressive rock release. From the amazing cover – referring to Floyd (with the impersonal ballerina representing loss), the wonderful warm and familiar (you feel your own) musical content which prevails over the vocal (in the sense that it is quantitatively far more) to the exceptional guitar work (Nikos Sellas-guitar, vocals) and balanced production, the concept of absence will touch each one of us. A diamond from the Greek province, essential for friends of Pink Floyd, Camel, Barclay James Harvest, Eloy.