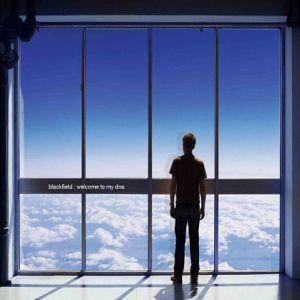 This tendency of many musicians from Great Britain is similar to something like a defect. It resembles a simulation tendency, to match the most successful and “guaranteed” brand this country ever had, Pink Floyd. You must have heard that for a thousand times, right? Sorry, but thousands of British bands confirm such a thing daily for over a decade now. No, Blackfield is not just another British band and, moreover, Steven Wilson is not just another musician. His brilliance as well as his skills are well-known worldwide. It’s just that he has this specific sound in his DNA, which he perfectly handles once more. Yes, there is melancholy over “Welcome…”, spotted in the feelings coming off the songs as well as the lyrics, where one might observe a certain bluntness, which is one of the most remarkable elements of the album.
There is no radio or TV song in this Blackfield project this time; there is no hit song and I’m not sure whether this is going to cost or not; the album itself is not aiming to that broad crowd. Commercial risk? We’ll see…
I would like to avoid any sort of comparison to Porcupine Tree releases, I’m sure their fans have already acquired this album, although some songs could belong to the other Wilson band. Not “Blood” though, the most powerful rock song we will encounter. Maybe the “DNA” song, an exceptional prog rock track, the one closing the album.
Conclusively, “Welcome To My DNA” is a rather pleasant listening; for some people it will probably be a sacred ceremony, however, some other people might be driven away from it. People that got acquainted with Blackfield by watching them on TV or listening to mainstream radio stations.