Blaze Bayley is ready to unleash his seventh studio album of his solo career and the title “Infinite Entanglement” has already made his fans curious as the comparison with “Silicon Messiah” and “Tenth Dimension” is naturally expected due to a similar lyrical concept. Only a few weeks be fore the official release date, Blaze shares some light on his new musical endeavor and he reveals some rather unknown incidents from the past. Rockpages thanks sincerely George Tsakoumis from the Greek Fan Club of Blaze Bayley for his input. Interview: Sakis Nikas

Rockpages.gr: Your new album will be released in March. Judging by the album title, is it safe to say that it will be a concept album? What can you tell us about it? 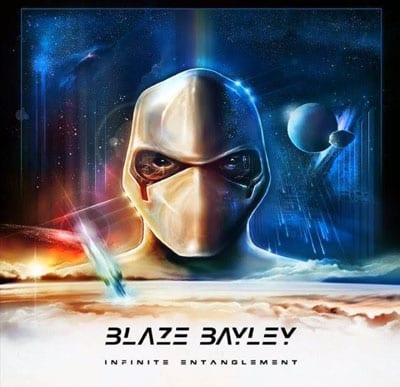 Blaze Bayley: It is a concept album and this is the first part of a trilogy. 3 albums based on a book I’m writing which is a science fiction story. All the lyrics and song titles are based on what happens in my book. I hope that it will be finished around the same time as the third album.

Rockpages.gr: Personally, when I read that the album title would be “Infinite Entanglement”, I thought instinctively of your first solo albums and especially “Tenth Dimension” and the area of quantum physics that you explored. Why did you decide to revisit this subject?

Blaze Bayley: I am still very interested in the latest discoveries in physics and cosmology. This new album follows on from some of the ideas on “Silicon Messiah” and “Tenth Dimension”.

Rockpages.gr: Quantum Physics is a rather difficult subject for the average listener. Aren’t you afraid that they might lose some lyrical concepts upon listening to the new songs?

Blaze Bayley: All of my fans enjoy deep lyrical concepts and they are very intelligent. They are not average listeners. My fans support me and have my respect.

Rockpages.gr: How about the musical direction of “Infinite Entanglement”? I guess you are at a certain point in your career where there are no confinements or boundaries but would you compare the new music to the one that you wrote on the first couple of records?

Blaze Bayley: There are elements of all my albums but I have to say that the lead guitar of Chris Appleton is a big part of the sound.

Rockpages.gr: There are lots of scientists that tend to characterize quantum mechanics as one of the most paradoxical theories in the field of theoretical physics. Do you think that God does not throw the dice, after all…?

Blaze Bayley: In my opinion there are no dice to be thrown. There are things that will be understood soon that were not understood before. It is a very exciting time to be alive as new planets and new particles are constantly being discovered.

Rockpages.gr: Which will be the subject of your science fiction book?

Blaze Bayley: It is based in a science fiction setting and there are many elements and events but it is really the story of one man trying to understand what it means to be human. 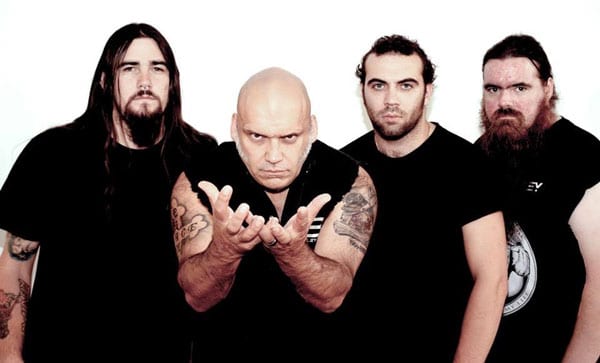 Rockpages.gr: Lots of your fans consider “The Man Who Would Not Die” and “Promise and Terror” as your pinnacle of your solo career. What’s your comment and do you have any regrets regarding the way things turned out with the departure of all the band members from that line-up?

Blaze Bayley: I love those albums. I am very proud of them but in the end, the stress and pressure of trying to keep a band together full time was too much for me. I became suicidal. I had therapy with a psychiatrist and slowly recovered. Now I am in a much better place mentally.

Rockpages.gr: Speaking of pinnacles, would you say that the Iron Maiden chapter will always be your highlight of your career?

Blaze Bayley: Iron Maiden is something i am very proud of and I still enjoy playing songs I wrote and performed with the guys from Maiden alongside my own songs. The highlight of my career is now. I am independent and supported only by my fans and family. I play all kinds of shows!

Rockpages.gr: There are lots of fans that are rediscovering or giving a second chance to the two albums that you did with Maiden. Personally, I love “The X Factor” and I really enjoyed back then “Virtual XI”. Do you think that those two albums have stood the test of time?

Blaze Bayley: Yes, I think they have aged very well and lots of fans come to my concerts that never saw me live with Iron Maiden after they listened to those albums at the time. There is lots of great music on those albums and I still enjoy playing those songs live. 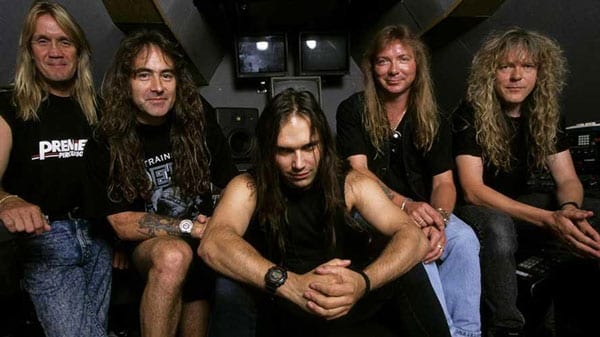 Rockpages.gr: You have a small yet loyal fan base that has supported you through thick and thin. How would you describe your relationship with the fans? 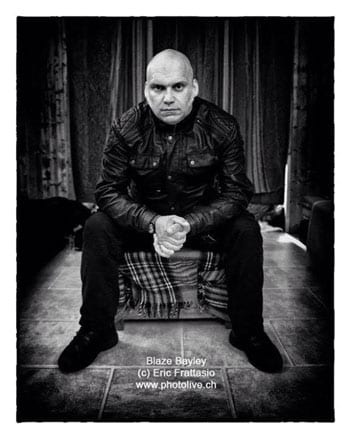 Blaze Bayley: I think I have a closer relationship with my fans than many other artists, because I am not scared of them. I know that the most important thing to my fans is the music and if they want something signed or have a photo, and then I’ll do my best to make that happen. Without my fans pre-ordering my album and without their loyal support, I couldn’t do what I do. I think my fans are special compared to the fans of a lot of other bands.

Rockpages.gr: It’s been a long time since you last played in Greece. Is there any chance of coming this year in the frame of “Infinite Entanglement Tour”?

Blaze Bayley: I would love to come and I am always looking for opportunities to come to Greece, either with my full metal band or acoustically.

Rockpages.gr: Recently we lost some rock and roll icons and exceptional musicians like David Bowie, Glenn Frey, Lemmy etc. Where do you think the future of classic rock and heavy metal lies? Have you seen any worthy successors of all these classic artists?

Blaze Bayley: The shape of the music business is very different now compared to when those artists came through. I don’t know what the shape of the future will be. There won’t be another Lemmy…that’s absolutely guaranteed.

Rockpages.gr: Which is the funniest thing that happened to you on stage?

Blaze Bayley: Funny things happen all of the time. One amusing thing on the last tour was an old lady got up on the stage and started dancing next to the bass player during his solo.

Rockpages.gr: What football team are you supporting?

Blaze Bayley: Aston Villa. I was born an Aston Villa fan…it is the team my family supports. But to be honest, I don’t follow football that much. I am more into darts. 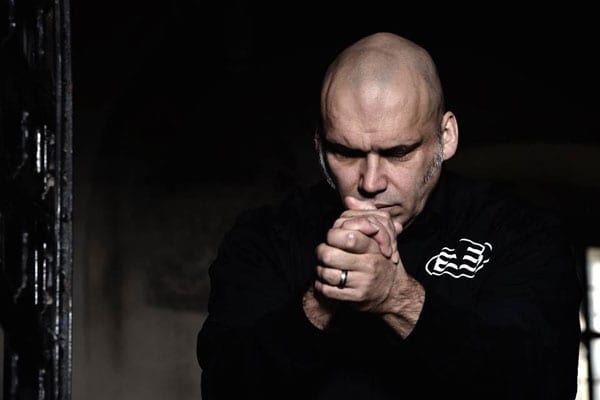