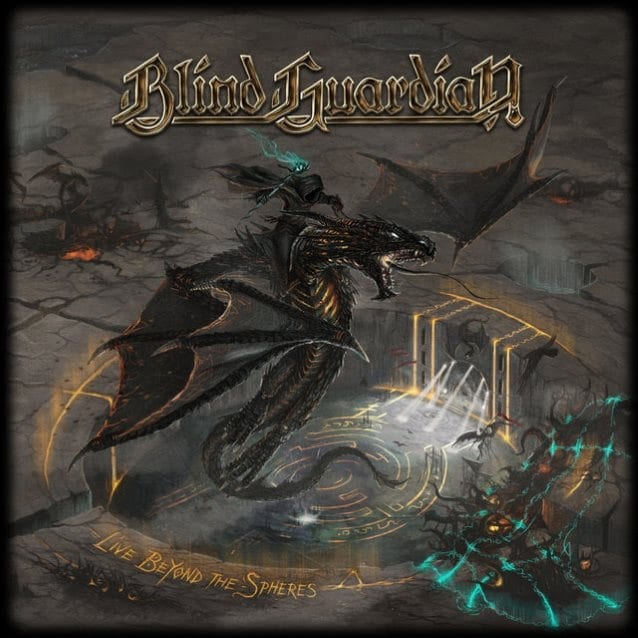 German progressive power metal pioneers BLIND GUARDIAN will release a new concert album titled “Live Beyond The Spheres” on July 7 as a 3-CD and 4-LP box via Nuclear Blast. The set will include material recorded at various shows during the band’s European tour in 2015. It will contain old classics, new tracks as well as songs that were very rarely performed during BLIND GUARDIAN’s live shows.
“Live Beyond The Spheres” track listing:
CD1
01. The Ninth Wave
02. Banish From Sanctuary
03. Nightfall
04. Prophecies
05. Tanelorn
06. The Last Candle
07. And Then There Was Silence
CD2
01. The Lord Of The Rings
02. Fly
03. Bright Eyes
04. Lost In The Twilight Hall
05. Imaginations From The Other Side
06. Into The Storm
07. Twilight Of The Gods
08. A Past And Future Secret
09. And The Story Ends
CD3
01. Sacred Worlds
02. The Bard’s Song (In The Forest)
03. Valhalla
04. Wheel Of Time
05. Majesty
06. Mirror Mirror