Twenty-five years have passed since the film festival of “Premiere Nights” was launched, thus giving the opportunity to all the cinema lovers out there to enjoy many of the world’s major films. In fact, this year there was a lot of interest in music as well, as there were quite a few films focusing in music-related themes out of which Gurinder Chadha’s “Blinded By The Light” certainly stood out. 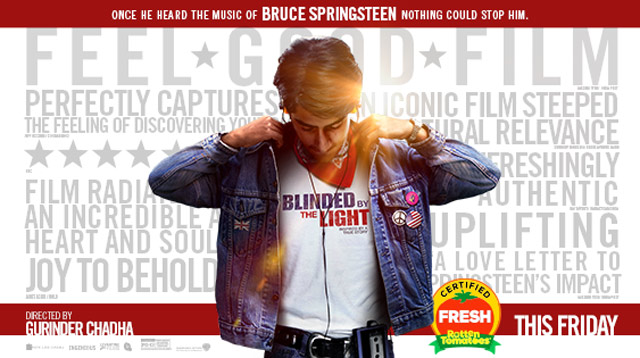 “Blinded By The Light” is a true story. Basically, it’s a story that has probably happened to all of us, or at least to those who once let music talk to and changed their lives forever. The film’s protagonist is a Pakistani teenager, Javed Khan, who lives an almost lonely life in Luton in 1987. His life seems pre-determined by his parents and the fabric of society. A society where hatred of immigrants is stronger than ever and it is expressed evidently almost on a daily basis. But Javed has other dreams… he just hasn’t found the way to make them come true. Until sometime a friend from school gives him two Bruce Springsteen tapes, “Darkness On The Edge Of Town” and “Born In The USA”. From there on, Javed’s life will never be the same as he becomes confident, decides to pursue his dreams – breaking the bonds with his father – and most importantly finally find a preson (Springsteen) who understands just how difficult life is in Luton … even if the Boss stays on the other side of the Atlantic!

I am not a movie critic and I do not know technical details. Certainly “Blinded By The Light” is at times a light film but with very strong messages. After all, most of us have felt (or even feel) the same way as Javed. Until one day, a record or a band changed our lives forever. In the difficult and strange times we live in, it is imperative that one can continue to pay attention to the lyrics of his favorite music. Maybe it will be a pleasant surprise. So go ahead and do it. Find the time and do it. And those who listen to the Boss know very well what I mean. It’s something I’ve written many times in the past: Springsteen’s songs speak to you first through the lyrics and then through the music itself. After all, Luton can be any city around the world… 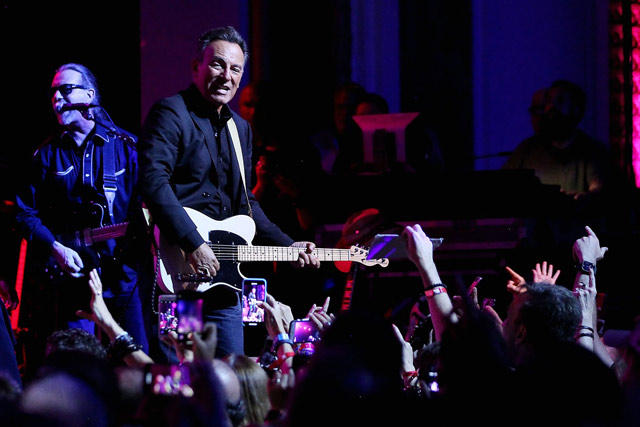 It would be a mishap not to mention that in Ideal -the cinema where the film was projected- there was a group of friends of the Boss, the No Surrender Greek Community, that ideally ended the night at a nearby bar where only Springsteen music blasted through the speakers! We warmly thank them for the invitation and the hospitality.

P.S.: I thought that I saw in the movie, just for a mere second, the real Javed Khan…