Moving the show from The Temple to the spacious Fuzz must have made more people decide to watch Blood Ceremony for the first time in our country. Pioneers of occult doom rock, with the distinctive combination of Black Sabbath and Jethro Tull in their sound, and four very good albums, it was really unfortunate that they had not come yet to visit us. 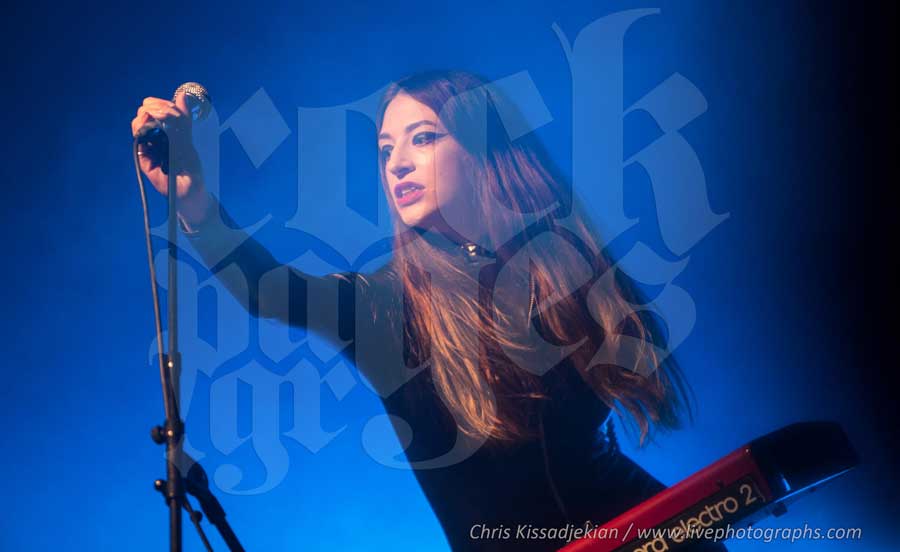 So Fuzz proved to be ideal for hosting the Canadians, with an audience that must not have surpassed 400 people, but I believe is a great success for this particular genre!

Bus the Unknown Secretary, like the first time I’ve seen them supporting Uncle Acid and the Deadbeats, were a revelation. They have their own personal sound and stand out from the Greek scene, combining many sounds in their obscure metal. My personal opinion is that they sound like NWOBHM heroes that evolved their music through the mid-70’s and are attacking to conquer the world. Many fast parts (guitar attack), doomy transitions and swapping between solos, with notable vocals, and Bus were like a storm. I have distinguished the tracks of their upcoming album “Never Decide” (RidingEasy Records), which are highly addictive, titled “You better come in, you better calm down” (first single) and “Evil Eye”. I have to see them again and I will at a possible upcoming release live show! Excellent! 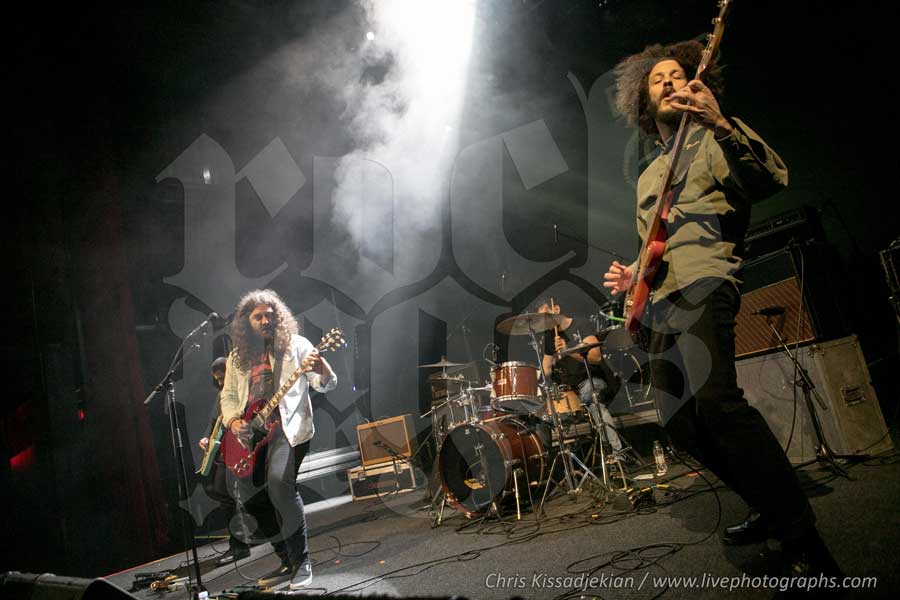 The vibe that prevailed at 22.30 at Fuzz club, after the forty minutes of Bus, was that of a multi-year wait. Already from 2011 and “Living with the Ancients”, Blood Ceremony had a great name and there was a need for appearances in Greece.

The quartet was on stage (Sean Kennedy-guitars, Alia O’Brien-organ, flute, vocals, Lucas Gadke bass and Ivan if I heard correctly on the drums that apparently is temporarily replacing Michael Carrillo), and the first thing that was heard from the audience through screams was “It’s been such a loooooong timeeee!”. We all longed for it, we were all looking forward to doomy rock music, with atmospheric flute parts, describing occult stories, and Blood Ceremony looking surprised by the heartfelt response, really gave it all. Alia, with a black tight full-bodied outfit, has done a wonderful job on her quadruple role (and as a front woman), Sean Kennedy serious as a student of Iommi but also a teacher of so many younger guitar players, Lucas Gadke, this gentle barefoot giant giving pain with his bass, but also the drummer who played absolutely bound up with the rest. All four of their albums were honored, with a little supremacy of their masterpiece “The Eldritch Dark” of 2013, while for the first time they played live “Lolly Willows” which is to be released as a 7inch in March. 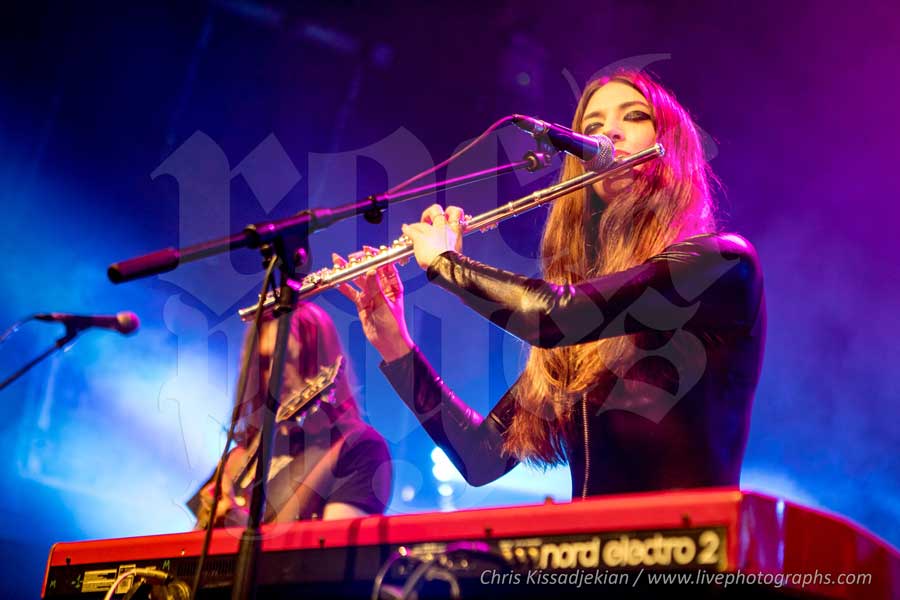 With lots of positive energy, their show was intense and passionate. With Alia gathering almost every pair of eyes on her and screaming from the audience following each time the flute burned its way through the heavy rock rhythms of the songs. Personal highlights from the evening, the opening “The Great God Pan” as the fulfillment of the wait, “Lord Summerisle” (folk composition of Lucas Gadke and duet with Alia) in a heavier performance, the imposing “Hymn to Pan” that closed the regular set, and the magic of “Witchwood” at the finale. The crowd was really excited and swept the band’s t-shirts (unfortunately the vinyls were not allowed by their label to “come down” from England), and if one could complain (just saying…) because “Daughter of the sun” was not performed, then just be patient and it will be done. It is certain that they will soon come back after such an embrace by the Greek audience.

Blood Ceremony thanks for the wonderful show. We are already waiting for the next one! 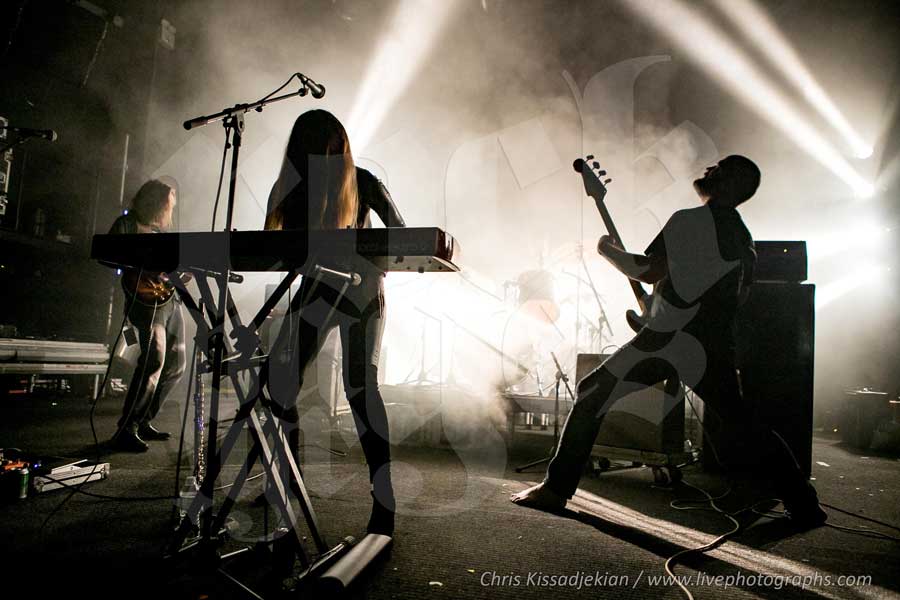