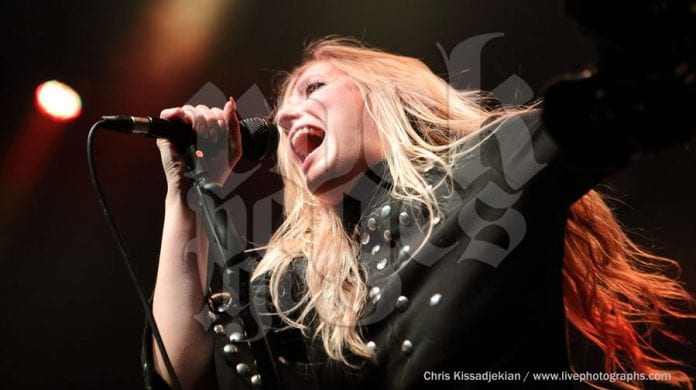 I have been following Blues Pills from the beginning. In their first appearance in Athens, I was there. A brief but emotional and hot concert had taken place. After many performances and with a new album in their luggage, “Lady in Gold” 2016, they got on the road again and this time our country was included in the tour. My first thought was that Piraeus Academy will not fill up and the second that only the people that love them, will enjoy them again. But what does the band offer nowadays? Are they still the young blues rock band that took our minds with the homonymous debut or do they simply promote their more commercial new work? The truth lies somewhere in the middle. 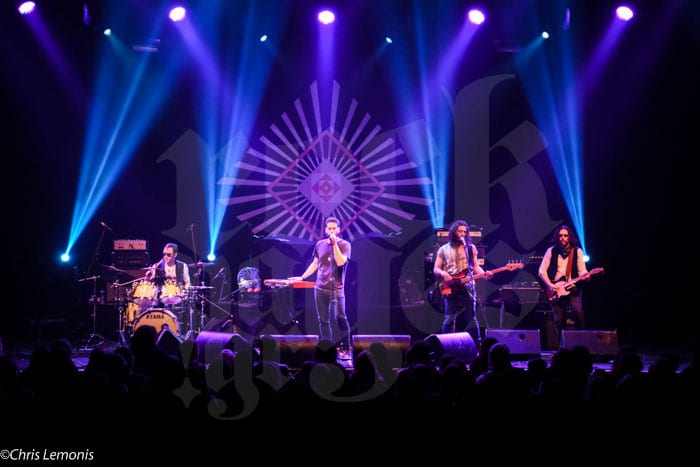 But let’s take things from the start. When I entered I saw the disappointing one fifth of the venue filled (the balcony empty) and Riverbed rocking on stage, with their perfectly fitting style for the evening. They even have a “Devil Woman” song! Whitesnake meets Uriah Heep, with very good sound and the singer (who played keys also) reminded me strongly of John Lawton who had gone through the ranks of the latter mentioned above. Check them out, they are worth it! 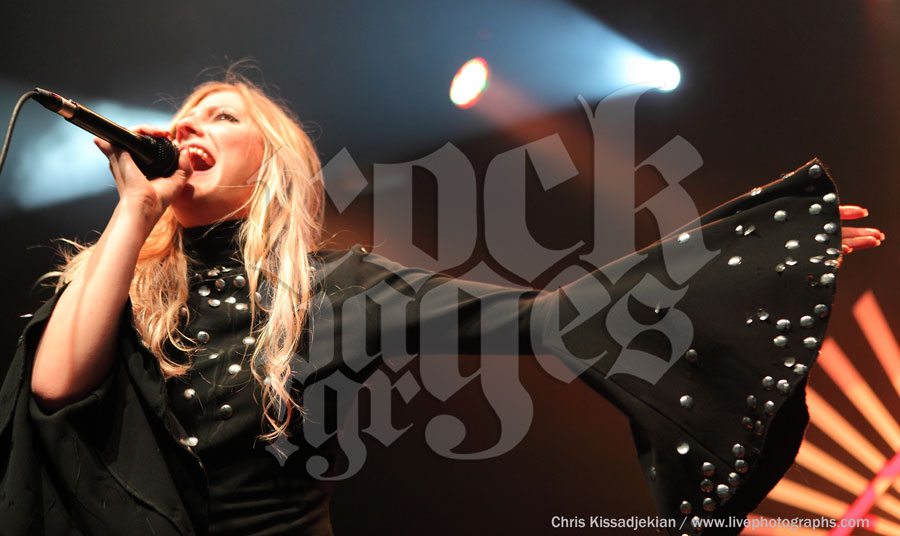 In front of about 800 people, on 21:30, Blues Pills appeared on stage, evidently happy to be back in our country. They began and remained until the end of the evening a well-oiled electrical machine with the vocals of Elin and Dorian’s guitar leading their appearance. As for their stage presence, Elin steals the show with ease, converting the stage in an aerobic fitness facility, while the rest are headbanging. “Lady in gold” and “Little boy preacher” were presented with the guitar sounding heavier than in their latest album, and as the audience was relatively held back, it became more demonstrative with “Black Smoke”. 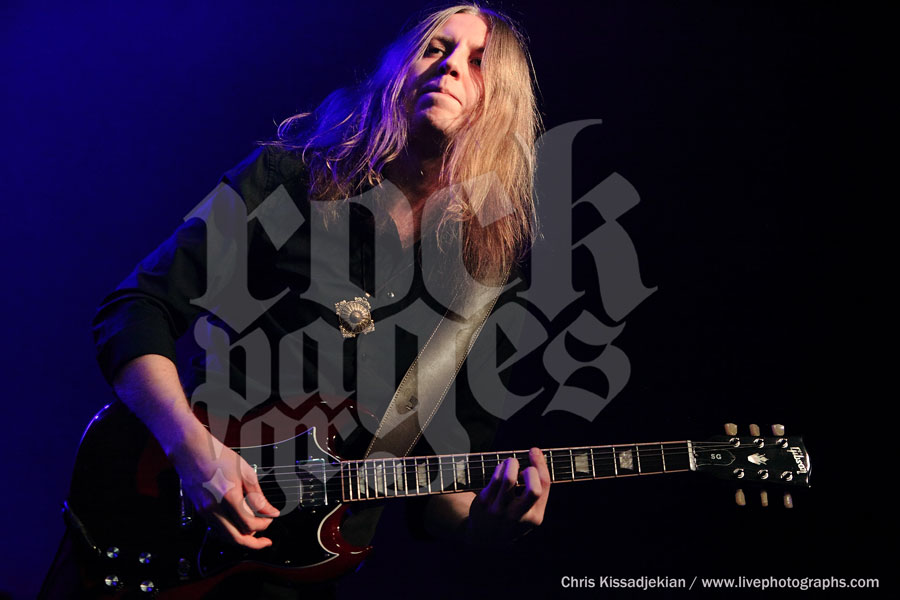 The addition of the session musician (keyboards, guitar) really helped in the completion of their sound. The sound was very good throughout the whole concert. The cover of “Elements and things” of Tony Joe White, was excellently performed while a small party was set up for “High Class Woman” which seemed to be expected from a big majority of the crowd.  Personally I really enjoyed “Bliss” and “Astralplane” as the first time, while their most emotional moments unfortunately did not work out as they should. “Little Sun” was not moving; much more electrified than it should, while during “I felt a change” the large scene of Piraeus “swallowed” Elin. Encore with the cover of “Somebody to love” and the crowd glorified them for their trademark-song “Devil man”. 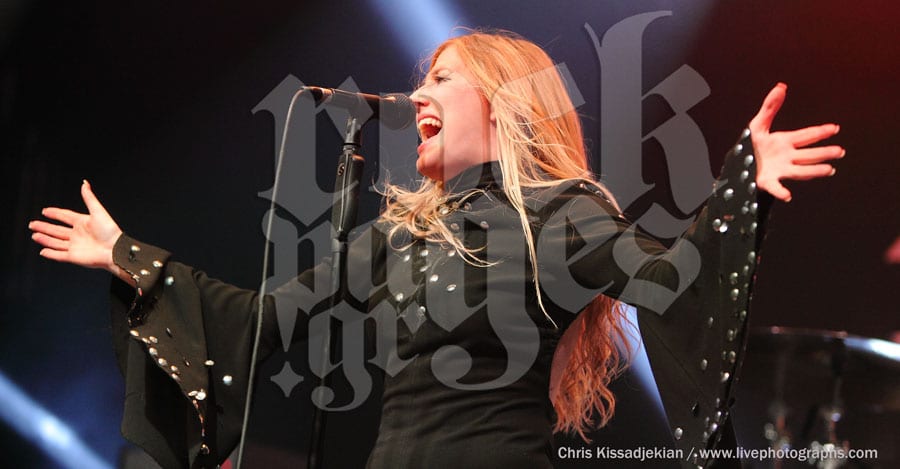 And while the Athenian audience left completely satisfied, I was a little puzzled. Not because they did not do well, on the contrary, but because they seemed a bit “small” for such a large venue and somewhat trapped in the image they have created. After some thinking, I concluded that what they need is even more powerful songs if they want to continue to stand out in the future. We love them and we are looking forward to their third work, as well as their coming back to us again! Until next time! 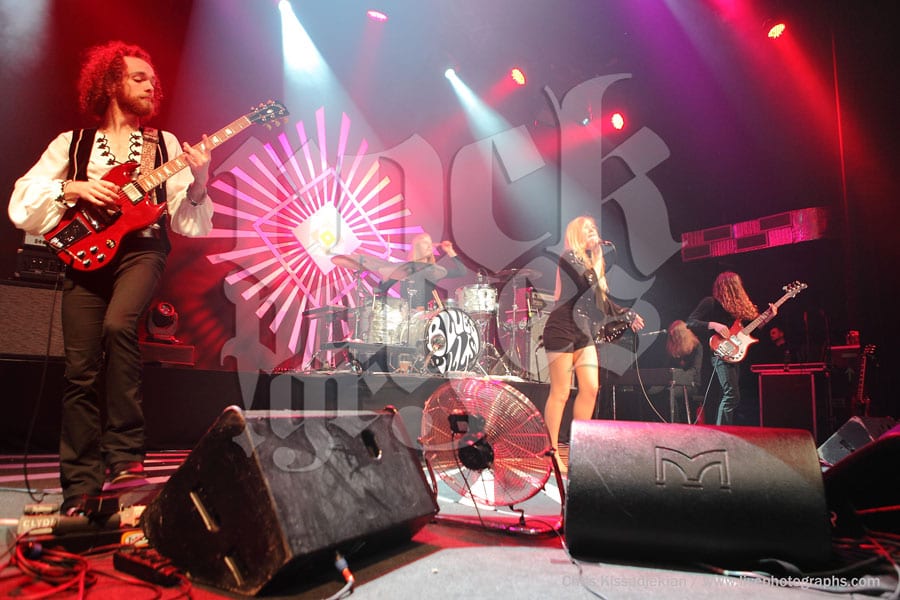