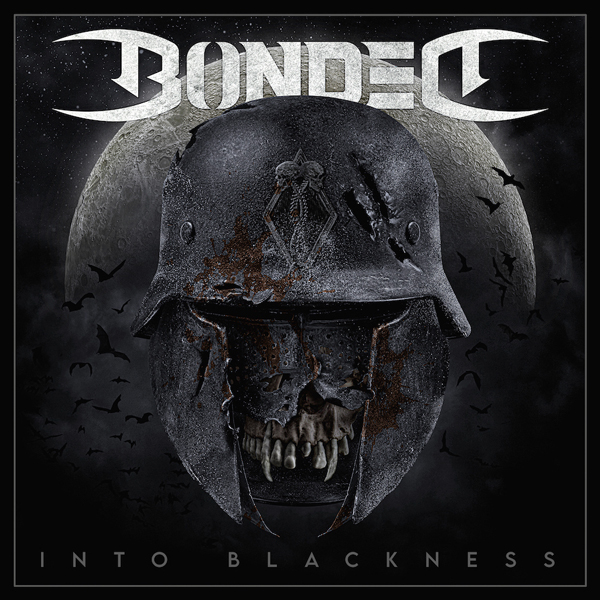 I have written it before, but once again is necessary. They way Angelripper fired guitarist Bernd “Bernemann” Kost and drummer Markus “Makka” Freiwald from Sodom was really bad. Not only how but also the stupid excuses he said regarding this decision. The German musicians, however, did not remain inactive and in the same year, 2018, they founded Bonded.

Accompanying them in this new endeavor are Ingo Bajonczak of veteran thrashers Assassin on vocals, Marc Hauschild on bass and Chris Tsitsis (Exarsis, Destroy Them, ex-Suicidal Angels) on guitars. “Into Blackness” succeeds the debut “Rest In Violence” just one year after its release. Now, as for the band’s sound, what else could it be but thrash metal?

Something that made a big impression on me in “Into Blackness” is that there are almost no mid-tempo tracks, as the high speeds is a key element here. And I say that because Bernemann is a master at creating mid-tempo killers, as history with Sodom has shown. Of course, the album is not monotonous. There are breaks in the rhythm but the general direction is that they prefer to play fast.

On the guitars I can say that an excellent job has been done. Bernemann and Chris have a quiver full of great riffs, frenzy solos as well as some awesome melodies that give a different note to the songs. Music-wise speaking, the band gets an A and it seems that there was a lot of inspiration after the first album that could not wait to be released.

Unfortunately, there is a big downside and that is the vocals. Ingo does not rise up to the expectations of the rest of the band. It sounds as if he is trying very hard to bring out the extreme side of his voice, while in the few moments he tries more clearly and melodically the result is even worse. Fans of Sodom, Exodus, Testament should check it out but I do not know if they will form a different opinion. I’m sorry to write it, but the vocals are not good at all and degrade the otherwise perfect musical result.