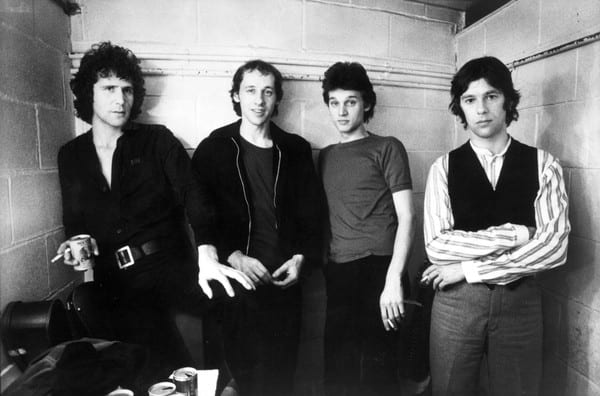 Dire Straits will perform at their Rock and Roll Hall of Fame induction next week – but without frontman Mark Knopfler, who’s not attending the ceremony.
Keyboardist Alan Clark revealed the band’s plans for its big night on his website, explaining that “there’s a lot of conjecture on forums about whether the band is performing at the Hall of Fame, and if not why not and who in the band are going to the ceremony. Well, here it is and it’s official: Myself, Guy Fletcher and John Illsley will attend the ceremony, where we’ll be be performing an unplugged version of ‘Telegraph Road’ with me on harmonium, Guy on ukulele, John on banjo, and the vocal performed by the three of us as a three part harmony.”